Toward a Third Reconstruction 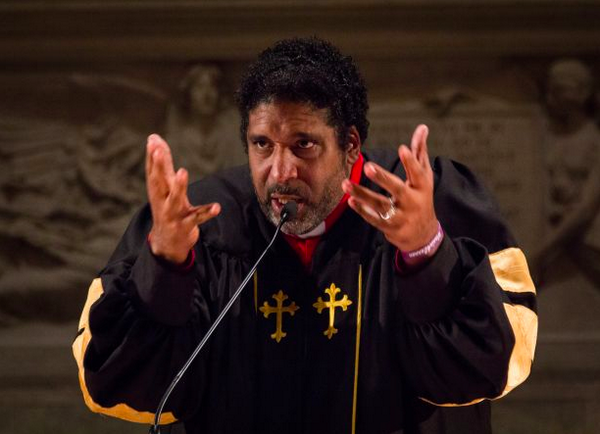 Ed. Note: This past week, Beacon Press released The Third Reconstruction: Moral Mondays, Fusion Politics, and the Rise of a New Justice Movement, by Reverend Dr. William J. Barber II with Jonathan Wilson-Hartgrove.  The book is both a chronicle and an organizing manual. It describes the growth of the Moral Movement in North Carolina and provides organizing principles for those who would engage in the fusion politics Rev. Barber believes can lead to a new justice movement for this country. As Rev. Barber says in the book, “helicopter” activism does not work. No one can fly into another state and show the people how to work for fusion politics. Instead, each place must find its own way, as the excerpt below explains:

Ours is a movement raising up leaders, not an organization recruiting followers. If we refuse to be divided by fear and continue pushing forward together, I have no doubt that these nascent movements will swell into a Third Reconstruction to push America toward our truest hope of a “more perfect union” where peace is established through justice, not fear. This is not blind faith. We have seen it in North Carolina. We have seen it throughout America’s history. And we are witnessing it even now in state-based, state-government-focused moral fusion coalitions that are gathering to stand against immoral deconstruction. Ours is the living hope of America’s black-led freedom struggle, summed up so well in Langston Hughes’s memorable claim that although America had never been America to him, even still he could swear, “America will be!”

Despite the dark money, old fears, and vicious attacks of extremists, we know America will be because our deepest moral values are rooted in something greater than people’s ability to conspire. All the money in the world can’t change that bedrock truth. This is the confidence that has sustained every moral movement in the history of the world. In 1857, when the Supreme Court ruled in its Dred Scott decision that a black man had no standing in America’s courts, Frederick Douglass said,

In one point of view, we, the abolitionists and colored people, should meet this decision, unlooked for and monstrous as it appears, in a cheerful spirit. This very attempt to blot out forever the hopes of an enslaved people may be one necessary link in the chain of events preparatory to the downfall and complete overthrow of the whole slave system.

The whole history of the anti-slavery movement is studded with proof that all measures devised and executed with a view to ally and diminish the anti-slavery agitation, have only served to increase, intensify, and embolden that agitation.

After the 2014 elections, when the extremists held on to power and succeeded in sending their leader, Thom Tillis, to the U.S. Senate, some suggested we had failed by not running Forward Together Moral Movement candidates who would champion our agenda. But a reconstruction framework helps us to see that we will not win by starting a third party. We will win by changing the conversation for every candidate and party.

For a review of the book and commentary, see http://religiondispatches.org/a-third-reconstruction-rev-william-barber-lifts-the-trumpet/ 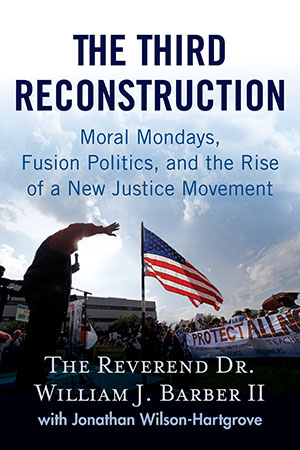