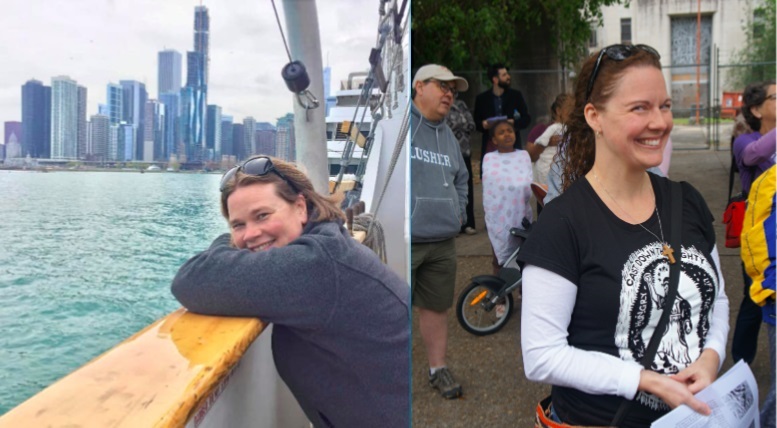 (Cross-posted from The Flood.)

In the 1950's, when the United States was entering the height of its political and economic power and a strong conservative social hegemony was being established, a few individuals resisted the dominant structure by becoming Beatniks. Jack Kerouac restlessly hitch-hiking across the continent, Allen Ginsberg railing against McCarthyism, or Diane di Prima challenging the time's staid rules of sexual propriety might come to mind as some of the era's acts of rebellion. In the following decade, Beatniks were superseded by hippies; the sexual revolution coupled with mass protests against US foreign policy ushered in a new age; “counterculture” became a standard word in American vocabulary.

As a young woman coming of age in the shadow of 9/11 and the two senseless US-led wars that followed it, I've sometimes felt a certain nostalgia for the 1950's and '60's – or at least, for my own fantasy of what that time might have been like. What might “counterculture” look like today – in our age when even our activist movements (not to mention our friendships) have been commodified by large social media companies? What might “resistance” look like when it seems we all turn for warmth to the being Danish poet Ursula Andkjaer Olsen has called “Mother Market”?

I am convinced that, while capitalist hegemony does have its way of seeping into all aspects of human life, there are pockets of resistance to be found, often in unexpected places. In the United States, one of these places can be found in the small but strong communities of Roman Catholic sisters – women who, by taking vows of poverty, chastity, and obedience, commit their lives to the Christian Gospel message in a truly unique way. Although religious life may seem like the antithesis countercultural movements of earlier generations, many sisters, including younger women new to their orders, feel that religious life frees them to more radically follow ideals of social justice.

“Our society increasingly values sex, power, and money, so these vows are definitely countercultural,” states Sister Alison McCrary, a thirty-seven-year-old vowed Sister of Christian Community who serves as a social justice lawyer and provides spiritual direction to death row inmates in the Louisiana State Penitentiary. “When people find out I'm a sister I often get more weird looks than respectful ones, especially in light of the Catholic Church's child abuse scandal and secrecy about finances. There is cultural baggage that comes with being a public Catholic and a sister, as well as a need to fight stereotypes from the movies and elsewhere. But for me, the vows I've taken are much more about saying 'yes' to things than 'no.' Every 'yes' we say requires a 'no.' I am saying 'yes' to service to all, to loving everyone. It's a daily 'yes' that I say.”

McCrary's journey to Catholic religious life was completely unexpected. Raised a Southern Baptist in rural Georgia, she converted to Catholicism after moving to New Orleans for law school; soon afterwards, she discovered a vocation in religious life. Though formed as a Sister of Saint Joseph, she is now part of the Sisters of Christian Community, an order of Catholic sisters that is considered non-canonical because it is organized non-hierarchically. While sisters traditionally live together, McCrary is the only member of her community in New Orleans; though in the past she lived with older sisters, today she lives alone. However, she regularly opens her home to other women religious, social justice activists, travelers who pass through her city, and local homeless people who, for whatever reason, cannot take refuge in a shelter.

“Being a sister in 2019 is very different than it was in the 1950's or 1960's, when many women were still choosing that path. For me, religious life means I have a radical availability to love everyone in a way that I could not do if I were married or a parent,” she says. Perhaps the best example of this is the death row ministry she has carried out for many years, offering spiritual direction not only to inmates but to their families and at times the families of their crime victims. “As a sister I can be at the prison for twelve hours a day for two weeks leading up to an execution if I need to,” she says. “I can be the face of love in terrible circumstances, something I could not do in the same way otherwise.”

Sister Rhonda Miska, a 38-year-old apostolic novitiate about to take her first vows with the Sinsinawa Dominican Sisters in Southern Wisconsin, also cherishes the radical availability to love and serve others through her community's particular charism (a special mission that distinguishes an order). “A key moment in my vocation story came when I was a graduate student in theology in Boston. I was doing some spoken word poetry, and a friend of mine – a Presbyterian minister – told me I was preaching. That stunned me. As a woman growing up Catholic, with the Church's all-male clergy, I didn't have a model or mental category for women preachers. I'd never thought that my life – which involved studying theology by day and doing poetry slams by night – would be considered 'preaching.'”

While Miska had thought about religious life on and off for years, it wasn't until she hit a crossroads at age thirty-three that she began to pursue it seriously. But the call to preach – which is the primary charism of the Dominicans – stayed with her and ultimately led her to join that particular community. “We think of preaching as being in a liturgical context, from the pulpit. Sometimes I get to do that,” she says. “But in ecojustice work we speak of preaching from the pulpit of the land, and our founder, St. Dominic, spoke of preaching as bearing witness through our love and life in community.”

“The pillars of religious life are prayer, community and service,” says McCrary. “Prayer is the foundation for all I do; if I don't pray in the morning, my whole day is off center. Growing up I learned to talk to God the way you'd talk to your best friend; today, my prayer is much more quiet, a silent sitting in God's presence. Working in my garden is a form of prayer to me, as is sleeping at least one night each week outside under the stars.”

This groundedness in God is what gives McCrary the strength to do her ministry, particularly the painful work of providing spiritual direction to those condemned to death. “I trust in the Resurrection, remembering that it is not God's will for people to die this way. But I also work for change at the systemic level. Hope has two daughters – anger at the status quo and courage to change it.”

Knowing that their life is countercultural, both sisters get frustrated with the stereotypes surrounding sisters. “There's this idea – totally wrongheaded – that religious life is somehow joyless,” says Miska. “There's also that cliched image of nuns as elementary school teachers hitting their students with rulers.”

“Sometimes I need to challenge preconceptions people have, like the belief that all sisters are teachers in Catholic schools,” says McCrary. “As a social justice lawyer and spiritual director on Death Row, I don't always meet people's expectations of what I 'should' be doing as a sister. Not all of us are good at articulating what it means to be a sister in the twenty-first century, but many of us certainly try.”

While I personally do not feel called to Catholic religious life, I look to these and other sisters of all ages as models of radical discipleship and love. While deeply immersed in the world, they are also deeply critical of its injustices; while recognizing that God's kingdom is not yet here, they strive daily, through prayer, service, and community, to bring it about. Yet it is a way of life that is becoming less and less common.

When considering the future – seeing the dwindling numbers of women entering religious life – both sisters assert that they do not feel afraid. “Religious communities will be smaller in the future for sure,” says Sister Rhonda Miska. “In a way it's sad because it's the end of an era in the US. The boom in vocations during the 1940's and 1950's came as a response to the needs the time, particularly of European Catholics who'd recently migrated to the US,” she says, citing their work to found hospitals and educational institutions, such as Dominican University in Chicago, where she currently serves in campus ministry and teaches theology.

“But with all due respect to those who came before me, I'm fine with the fact that we're smaller. It makes us seem less like an empire and more like the disciples in the Gospels. Of course there is grief to see institutions closing and missions getting smaller. But it's not my individual grief because I never lived in that world.”

Sister Alison McCrary feels similarly. “I am not afraid of the future, but more curious about how it will look. Everything has its season; we are called to evolve and respond to the signs of the times. It's an invitation to all of us to look toward evolution and growth,” she says. “One of the most commonly repeated phrases in the Gospel is 'Be not afraid.'”

Jeannine M. Pitas is a writer, teacher, and Spanish-English literary translator currently living in Iowa, where she teaches at the University of Dubuque.