Until Traffic Has Ceased in the Marketplace 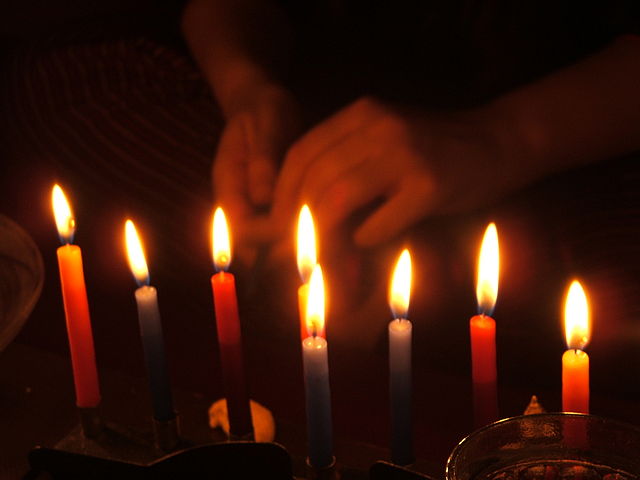 The Jewish festival of Hanukkah commemorates a historical moment when some refused to accept the world as it was. Rather than treating the might of the Seleucid Empire as unmovable, and the process of Hellenization at work within the Jewish nation as inevitable, the Maccabees were willing to refuse, and in their refusal showed the world the miraculous truth that sometimes, as the words of the Hanukkah liturgy say, those who seem weak can triumph over the strong. But the ambivalence with which Jewish tradition views the Maccabees is a testament to the fact that all too soon these insurgents accommodated themselves to the world they had sought to change, becoming themselves instruments of Hellenization and eventually facilitating the end of Judean independence when they called in the forces of Roman Republic to settle their internecine feuds. But though the redemption commemorated by Hanukkah was only temporary, and even while it lasted was very incomplete, the dream of a radical and total transformation of the world in which we live has never ceased to haunt Jewish spirituality.

One vision of redemption that speaks well to the plight of our modern world is found in the reflections on Hanukkah offered by Rabbi Nahman of Breslov, a Hasidic master of the late 18th and early 19th centuries. Nahman’s vision comes in the form of a comment of the requirement, found in the Babylonian Talmud (Shabbat 21b), that the Hanukkah lamp burn “from the time of sunset until traffic has ceased in the marketplace.” The simple sense of this requirement is that because the purpose of the lamp is to publicize the miracle of Hanukkah, it should be lit from the time it begins to get dark until most people have returned home, so that it will be seen by as many people as possible. But in his homelitic work Likutei Moharan  (Part 1, Section 14), Nahman interprets the burning of the light as the long process by which the world is redeemed -- a state he refers to as “total peace.” Why, then, should it burn “until traffic has ceased in the marketplace”? Because, Nahman writes, the marketplace is fundamentally a place of “gossip and slander, [of] ... strife and friction between friends and between husband and wife,” whose very existence in the world is itself a sign that toal peace has not been achieved. The ethics of the marketplace, according to Nahman, are inescapably adversarial. It is impossible, he writes, “for the will of the seller and the buyer to be the same; this one wants to sell while the other one wants to buy. If their wants were the same, it would be impossible to transact any business. We see, therefore, that all business activity and trade come only through the concept of strife, when there is no peace between the wills. But in the Future, when there will be the wondrous peace in the world...then all business activity will be eliminated.”*

It is easy to dismiss Nahman’s apparently wholesale condemnation of the corrosive effects of the marketplace on our personalities and relationships as the utopian dreaming of a religious writer, unmoored from the realities of a world in which goods and services must be distributed, and in which we are skeptical of the ability of central planning to do so. It is helpful, then, I think, to turn to the work of the late philosopher G.A. Cohen -- writing with a clear-eyed appreciation for the limits of central planning and in full appreciation of the uses markets can have, especially as means of gathering information -- where we find something remarkably similar. He writes that while market relations are centered around a kind of reciprocity (you want to buy what I want to sell you), this reciprocity is corrosive of relationship and community rather than conducive to it. The “motives that the market brings to prominence” are greed and fear, “and that includes greed on behalf of, and fear for the safety of, one’s family. Even when one’s concerns are thus wider than those of one’s mere self, the market posture is greedy and fearful in that one’s opposite-number marketeers are predominantly seen as possible sources of enrichment, and as threats to one’s success. These are horrible ways of seeing other people, however much we have become habituated and inured to them, as a result of centuries of capitalist civilization.”** Cohen, while he has some sympathy for those who, in the light of the failures of the command economy, wish to harness the information-gathering and distributive capabilities of markets for socialist ends, worries that they can sometimes “forget that the market is intrinsically repugnant, because they are blinded by their belated discovery of the market’s instrumental value.”*** Cohen agrees with Nahman that a society founded on such a mode of relationship will remain a “system of predation” in which peace will prove elusive.

A world in which there is peace between neighbors and in which we no longer seek to live by exploiting one another can seem too often like a dream, impossibly distant from our own reality. The means by which we can achieve it are far from clear. But Nahman and Cohen both remind us that we should never give up that hope, nor should we forget or make peace with the wrongs on which our present society is founded. This dream of peace should burn steadily in our hearts, lighting our path as we walk the long road to redemption, until the last foot has left the marketplace.

*Translation by Moshe Mykoff, via Sefaria.

Vincent Calabrese is a doctoral candidate in the Department for the Study of Religion at the University of Toronto. He is also studying for rabbinical ordination at the Hadar Institute.

"Light of Hanukkah" by Chenspec is licensed under CC BY-SA 3.0