What Kind of History Will Mexico's President Make? 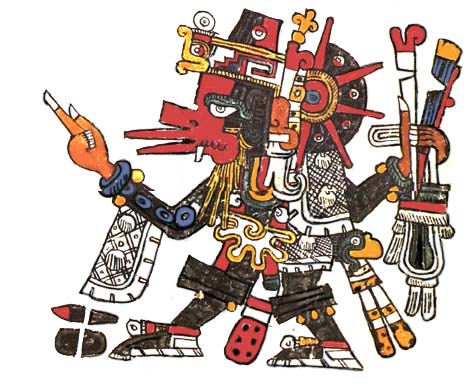 Almost a year after his election, Mexico’s president Andrés Manuel Lopez Obrador faces even more challenges than when he took office last December. The recent U.S. Court of Appeals decision in the Ninth District allowing the United States to send asylum seekers to Mexico while they await court dates puts a strain on an already stretched system.

Lopez Obrador (known as AMLO) ran on the promise of “a change of regime,” one that would dethrone Mexico’s entrenched political class. His success, and that of his party, Movimiento de regeneración nacional (Morena), would mark the culmination of Mexico’s long transition to democracy.

Back in July 2018, Morena pulled strong election numbers from almost every demographic across the Republic, snagging five of the nine governorships up for grabs and unexpectedly achieving legislative majorities in both houses of Congress under the motley coalition known as Juntos Haremos Historia (Together We Will Make History). Yet the election was just as historic for the staggering defeat of the Partido Revolucionario Institucional (PRI), which ruled since the Mexican Revolution–despite a brief interruption from 2000 to 2012, when the center-right Partido Acción Nacional (PAN) held the presidency, but never a majority in Congress. The decimation of the PRI in the July election–when it failed to win even a single governorship, and its presidential candidate received only 16% of the vote–mirrors recent defeats of other center-left parties the world over. It remains uncertain whether or in what form PRI–or PAN, for that matter–will ever recover.

Although only six months into his six-year appointment, AMLO has already made meaningful symbolic changes and some modest material reforms. As promised, he sold off his predecessor’s $283m luxury plane immediately, converted the presidential residence, Los Pinos, into a public museum, and nixed the $12 billion megaproject to replace Mexico City’s airport.

He also cut the exorbitant salaries of Mexico’s top government officials, extended labor rights to domestic workers, enacted minimum wage hikes, granted freedom to more than a dozen political prisoners, and has taken steps to implement a universal pension program and eventually universal healthcare. He has been able to do so despite the shrill criticisms of PRI-controlled television media and the general hysteria of the punditry class. His approval rating hovers around 80%, up nearly 20% since his election.

The biggest test of AMLO’s popularity came in January, when his government shut down pipelines of the state-owned petroleum company, Pemex, to pinpoint the locations of huachicoleo, the large-scale theft of gasoline directly from ducts in remote areas. Despite massive losses sustained over a decade, government had turned a blind eye to the thefts for years, even as (and possibly because) it became one of the drug cartels’ most significant revenue sources. AMLO’s efforts to combat huachicol exposed a broad conspiracy that not only implicated Pemex management but reached up to some of the highest levels of government in the form of political contributions.

The shutdown resulted in month-long fuel shortages affecting a giant swath of the country–including Guadalajara, the country’s second largest city. At various times during January in Guanajuato, the epicenter of huachicol, commuters braved eight-hour lines to fill up half a tank. Yet the Mexican people as a whole were remarkably tolerant of this prolonged and at times debilitating inconvenience. Beyond polls and approval ratings, the fuel shortage served as a real-world crucible for AMLO’s popularity and broad base. The incident inspires optimism regarding Morena’s ability to retain popular support amid potential future pushback from capital and punitive measures from neoliberalism’s global governing bodies.

These forces have already fired a shot across the bow. Citing its own Constitution, the Mexican government refused to join the Venezuelan coup efforts of the Trump administration and the Lima Group (composed of Canada and conservative Latin-American nations) in calling for new elections or recognizing Juan Guaidó as Venezuela’s interim president. In seeming retaliation, the International Monetary Fund lowered its estimates for Mexico’s economic growth by .4%, S&P downgraded the country’s public debt from stable to negative, and Fitch downgraded Pemex’s bond ratings to just above junk status. Given that the government has yet to enact any substantive economic reforms, these are clearly belligerent actions designed to produce immediate negative consequences for investment.

AMLO’s unequivocal condemnation of neoliberal economics represents a refreshing turn in Mexican politics, which has embraced supply-side economics and privatization since the eighties. The results have been disastrous: the rise of brutal cartels, the humanitarian catastrophe of the military response, and runaway inequality. AMLO’s successful deployment of the term “neoliberalism” proves it can serve as a rallying point of resistance. Leftist political formations in the United States might take note.

Speaking of his northern neighbor, AMLO has taken a cautious approach to U.S. president Donald Trump, choosing to avoid open confrontation in favor of preserving relations. This has resulted in a somewhat accommodating approach to Trump’s immigration policy. As the United States continues to reject and detain immigrants, Mexico is left to absorb much of the humanitarian crisis. In the first six weeks of the year, Mexico offered 12,000 humanitarian visas to Central American migrants in an explicit effort to shift policy from enforcement to protection of human rights. These visas allow for free movement and work authorization for at least a year. Yet after a brief drop in immigrant detentions, Mexico’s numbers are again on the rise as the United States returns asylum seekers.

To address the root causes of mass migration, AMLO signed an agreement with the Northern Triangle countries–Honduras, El Salvador, and Guatemala–to remedy the extreme violence and poverty of the region through economic development. It is the first plan of its kind not led by the United States, but its success (specifically, its funding) will likely require U.S. cooperation. Trump pledged $5.8 billion back in December, but has recently sought to cut all funding to the Northern Triangle.

AMLO’s soft-glove approach to issues involving U.S.-Mexico relations shows that he is far from the radical Mexico’s punditry makes him out to be. As mayor of Mexico City, a position traditionally regarded as a stepping stone to the presidency, AMLO distinguished himself as an honest progressive. During his recent inauguration, he took the stage with Bolivian president Evo Morales, Venezuelan president Nicolás Maduro, and Cuban president Miguel Díaz-Canel, along with U.S. Vice President Mike Pence and first daughter Ivanka Trump. He has welcomed members from the PRI, PAN, and PRD parties, as well as big-business personalities and their family friends–all members of groups that he has spent his entire political career excoriating as “the mafia of power.”

All this is to say that there exists a disjuncture between AMLO’s rhetoric and policy that could split his support in the coming years. In response to AMLO’s electoral victory, the Zapatista movement issued the statement, “You can change the overseer, the stewards, and the foremen, but the landowner is still the same.”

It is unlikely that AMLO will be able to enact any kind of serious redistribution policy as long as he upholds his campaign promise not to raise taxes. Although he might recuperate funds by fighting corruption and exorbitant government salaries, even the most effective effort could not match the redistributive capacity of progressive taxation. Neither can his plan confront the root causes of corruption that stem from inequality.

AMLO’s conciliatory orientation was on display during his most recent presidential campaign, for which Morena allied with the evangelical-right Partido Encuentro Social (PES), along with the Mexican Labor Party (PT), under the Juntos Haremos Historia banner. Aiming to consolidate AMLO’s victory–which, although he led the polls by a wide margin, had to offset inevitable vote-buying and tampering–Morena’s alliance will have lasting negative effects. Although the virulently anti-LGBT and anti-abortion PES failed to reach the 3% of the national vote required to maintain its formal registry, and was thereby absorbed by Morena, the leftist base will nevertheless require PES members’ votes and those of the PT to maintain a majority in both houses of Congress.

These issues expose AMLO’s social conservatism, including his lackluster record on such feminist issues as sexual and reproductive rights. Mexico City, home to just 8% of the national population, remains the only territory that offers legal abortion. It was not AMLO but his successor, Marcelo Ebrard, who decriminalized abortion and legalized same-sex marriage as the mayor of Mexico City.

For the poor and a large section of the Mexican working class, abortion remains entirely inaccessible. As president, as during his tenure as mayor, AMLO has remained mostly silent on the issue. When he finally broke that silence in March, it was to suggest some kind of referendum regarding abortion, to which feminist activists responded that the rights of women are not up for consultation. The issue was likely forced by interior minister Olga Sanchez Cordero (the first woman to hold this position, the second most powerful in national government), who declared her unequivocal support for abortion rights shortly after the election victory but before inauguration.

History shows that AMLO will not challenge conservative Latin American Catholic attitudes on women’s rights beyond his support for gender parity in government. When confronted directly with feminist concerns, he has been straightforward about his priorities, even dismissive, such as when he proposed providing battered women with cash on “debit cards” in lieu of women’s refuges, which lost government funding when AMLO cut subsidies to NGOs.

Although many cite AMLO’s choice to uphold gender parity in the selection of his own cabinet, progressive electoral laws have been moving government toward gender parity since at least 2004. Mexican electoral law has required gender parity in candidacies at both the national and state levels since 2014, and Congress is currently on the brink of achieving perfect parity. Yet the current state of women’s rights and protection in Mexico indicate the limits of representation alone. It continues to fall on a growing feminist movement to build pressure and seize their rights in the absence of vocal leadership.

Despite this administration’s shortcomings, the rise of AMLO and Morena represents the most significant progressive victory in Mexican politics since the presidency of Lázaro Cárdenas (1934–40), who nationalized the country’s oil industry and expropriated land for communal use in the form of ejidos. AMLO’s commitment to democracy and openness toward the press, exemplified by his daily morning press conferences (mañaneras) that run one to two hours, mark a transformation of the relationship between the government and the governed in Mexico.

The coming years will determine whether history recognizes the current moment as the collapse of PRI or the rise of a new, durable Mexican Left.

Alexander Caring-Lobel is a Ph.D. student in sociology at the CUNY Graduate Center. He splits his time between New York and Guanajuato, Mexico.

(Image: "Quetzalcoatl in human form" from the Codex Borgia, via wikipedia.org)