Woe to You Who Are Rich! 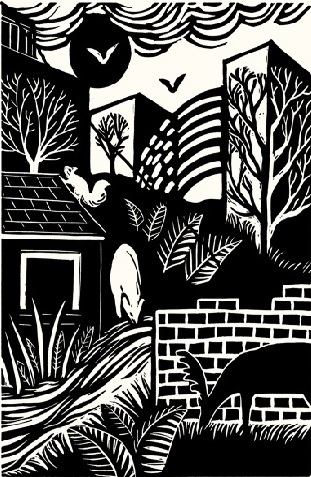 I'd never heard of David Bentley Hart until I caught a bit of his interview with Vinson Cunningham on The New Yorker Radio Hour in December. The program's tag for the piece, "Was Jesus a Socialist? It's In the Bible" was more than sufficient to hook me.

Of course, I then had to read Hart's translation of the New Testament, which proved to be both thrilling and unsettling. Thrilling for the rawness of Hart's English renderings of these texts, and unsettling for the same reason. When one spends a lifetime "hearing" certain passages in cadences that are all basically derived from the King James "Authorized Version" of 1611, it creates a kind of inner-ear disturbance to have those cadences snatched away and to confront not just new words but new meanings.

Hart, a specialist in Eastern Orthodox studies, claims to have set out in his translation project with no particular agenda. He states in his introduction that he commenced the project with some vague notions about the NT's dualism between "flesh" and "spirit" and with a hunch that there's a latent universalism in these texts despite the handful of dubious passages that threaten ultimate damnation for the wicked.

But what bowled him over when he turned to the Greek was just how very strange and even repellent the early Jesus followers must have been:

When one truly ventures into the world of the first Christians, one enters a company of "radicals" (for want of a better word), an association of men and women guided by faith in a world-altering revelation, and hence in values almost absolutely inverse to the recognized social, political, economic, and religious truths not only of their own age, but of almost every age and human culture. The first Christians certainly bore very little resemblance to the faithful of our own day, or to any generation of Christians that has felt quite at home in the world, securely sheltered within the available social stations of its time, complacently comfortable with material possessions and national loyalties and civic conventions. In truth, I suspect that very few of us, even in our wildest imaginings, could ever desire to be the kind of persons that the New Testament describes as fitting the pattern of life in Christ. And I do not mean merely that most of us would find the moral requirements laid out in Christian scripture a little onerous...I mean that most of us would find Christians truly cast in the New Testament mold fairly obnoxious: civically reprobate, ideologically unsound, economically destructive, politically irresponsible, socially discreditable, and really just a bit indecent.

In regard to what most Americans consider to be their "unalienable right" to the possession of personal property [Jefferson's draft Declaration referenced the right to property, later softened to "the pursuit of happiness"], Hart finds persuasive evidence in the NT texts that it was not just excessive wealth, or the aggressive pursuit of such wealth, or wealth gained unethically that is condemned by Jesus and his first followers; rather, all possession of wealth is condemned "not merely as a moral danger, but as an intrinsic evil" (author's italics). He calls the Jesus followers "communists" and "extremists" and notes that they rejected the values and priorities of their society "not only at its most degenerate, but often at its most reasonable and decent also."

Oh dear, you might well say. Or you might use stronger language (I did), having spent decades building up a modest IRA that just might tide you over until your heart stops beating. But wait, there's more. Social respectability? Family values? Nope, none of that matters in the consciousness of the people of the Way, which is how the early Jesus followers identified themselves.

All of this suggests that what I call an inner-ear disturbance relates to a much more profound disturbance. According to the writers who remembered him quite vividly decades later via a very rich oral tradition (and, in Paul's case, a writer who actually "met" him), is this Jesus really saying that the lives we in the "Christian West" lead today, quite respectably and in accordance with the rules of late capitalism, are in fact false lives? It may be that radical discipleship is far more radical than we ever imagined. It may be that certain societies that we in the West still regard as "primitive" and very far removed from the way of Jesus do in fact exemplify the Way of Jesus.

Hart is a translator, not a theologian. But he cannot avoid theologizing along the way, and his translation would disappoint were it not rich in theological footnotes. I strongly recommend the extended footnote that commences on p. 296 in relation to the fifth chapter of Paul's letter to the church in Rome. The essence of Paul's message is that in one man [Adam] all humanity was condemned to death, yet in one man [Jesus] shall all be made alive. Hart would have us understand that there is no way this chapter cannot be read as anything less than a proclamation of universal salvation by way of the Christ event. That this reading runs totally contrary to the Augustinian/Calvinist "bad seed" understanding of the very same Letter to the Church at Rome need hardly be mentioned.

Other Hart footnotes to Paul's letters likewise bear comment and reflection. For him there is no question that Junia, a powerful woman mentioned in Romans 16, was in fact a "capital A" Apostle (p. 317); there is likewise no question for Hart that the nastiness popping up at I Corinthians 14:34-35 ("women be silent") amounts to a later interpolation (p. 345); and for Hart there are lots of questions about whether the condemnation of "men who couple with catamites" in I Cor. 6:9, and in similar passages, can be equated to those whom we today classified as homosexuals (pp. 327-328).

But wait, there's more. In a concluding "scientific postscript" (so sorry, Soren K), Hart sorts through a range of important theological matters in helpful ways. He rebukes John Calvin in particular in relation to Calvin's ideas about predestination to eternal punishment (wrong!) and about the presumed uselessness of living a righteous life in view of the divine election. He demystifies and simplifies the notion of Christ's "ransom" for sinners. On the other hand, he complicates our notion of what the "Logos" of the prologue to the fourth Gospel means. And he reminds us that "soul" in the minds of these writers refers to one's whole being, not to some disembodied spirit.

All of these translator's bits and pieces merit our attention, but I strongly recommend the exhilaration of simply reading the texts themselves in a new voice.

"Blissful" are those who hunger and thirst for righteousness?  Yes, according to Hart: there's a bit of heavenly joy in following heaven's mandates. The Kingdom of God or the Reign of God? No, that's not quite right. The Greek suggests we simply refer to the "Age." Holy Spirit as Comforter or Counselor? "Advocate" is closer to the Greek. And please speak of "Cosmos" rather than "world" because what the first Christians were precisely not attached to was more of an unholy order than simply a set of material circumstances.

Which goes to the heart of the New Testament problem for us 21st-century folks. We face an unholy order of our own, but (unlike that ancient "rabble") we do not live in the expectation of imminent deliverance from the return in power of a victorious Jesus. Paul didn't think marriage mattered and thought it was best avoided, because it was plain to him that Jesus would be arriving at any minute. Paul and the rest of them lived in acute apocalyptic expectation, as those biblically savvy Germans of a century ago (Schweitzer, Bultmann, and others) took such pains to point out.

We, of course, know better. We have made the appropriate adjustments and accommodations. But what have we lost in the balance?

I merely put the question. Read D.B. Hart's translation and decide for yourself.

For bonus points, if you are into problematizing canonical texts, may I recommend a new volume of short reflections on texts from both testaments created by Canadian Mennonites and others who are unafraid to expose the raw and ongoing cruelties of white settler colonialism in North America and elsewhere. Unsettling the Word brings together more than 60 short reflection/reactions on some biblical texts that we love for their liberatory power as well as many other texts that we abhor on account of their sheer abhorrence. The latter are appropriately rebuked, needless to say. The entire enterprise is rooted in the acute problem that W.E.B. Du Bois identified a century ago: that is, how is it possible to read the Bible into our corrupt social arrangements, when it's so clear that the entire spirit of the scriptures condemns those very same corrupt arrangements? There's actually a Reformation-era principle that can help here. The principle is that the actual canon is not the words contained in the 66 books of the Christian Bible. The actual canon is Jesus himself (his life and teaching) as a living Word, to which all other words are necessarily subordinated. Take that for what you will. It works for me.

Peter Laarman is a retired minister and justice activist living in Los Angeles. He volunteers his time to support a criminal justice and anti-racism project called Justice Not Jails.

(Image: By Jonathan Dyck, from the cover of Unsettling the World.)