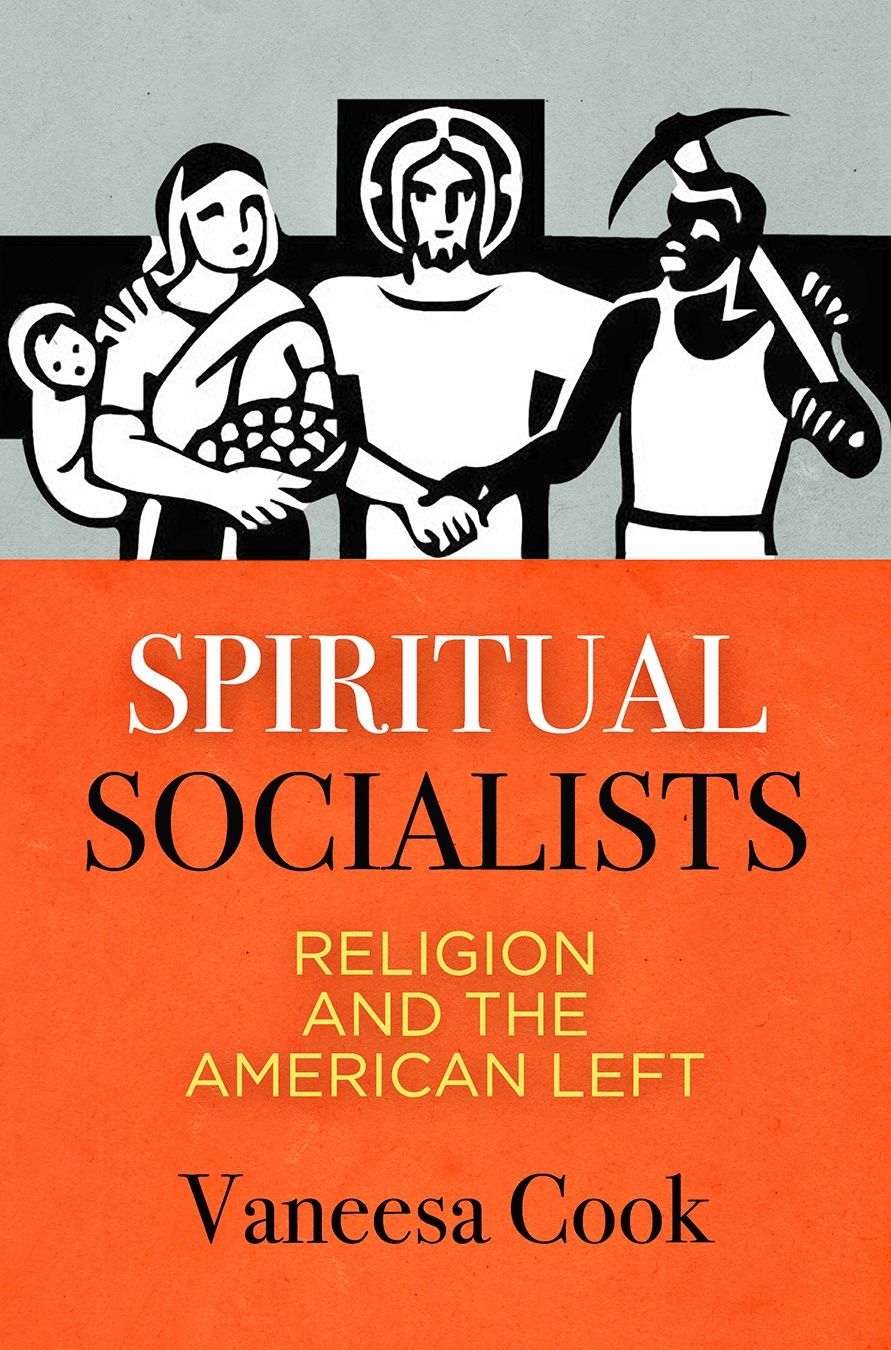 A Review of Spiritual Socialists: Religion and the American Left

A fresh look at the history of religion and socialism—socialist ideas, socialist movements’ practices—is most definitely in order today. When Time magazine offers a ten minute primer on American Socialism and the talking head is Maurice Isserman, biographer of Michael Harrington, we may be sure that the impact of Bernie Sanders (and even the impressive growth of DSA), has become a popular media topic.

Since the days of utopian colonies in the early 19th century, religious socialism has been present in U.S life, but sympathetic writers have had real difficulties grasping its significance. And for good reasons. The Marxist, labor-connected movement of the later nineteenth century arose from immigrant groups that had already, in Europe, designated themselves secular, contrary to the ever-powerful religious conservatives. After the gradual emergence of a popular socialist movement, around 1900, Christian socialists would never be absent.

Vaneesa Cook’s volume, published by University of Pennsylvania Press, is not only timely but well researched, well reasoned and well written. One can hope it will be widely read. Among the many individuals considered here, one finds A.J. Muste, Norman Thomas, Dorothy Day and Staughton Lynd, in other words personalities stretching from the 1910s to the present day. She also notably considers a much neglected group, the Christian leaders who coalesced around antiwar activity during the First World War and rightly regarded Thomas as carrying their ideas into the leadership of a flagging Socialist Party.

Thomas, a former Presbyterian minister, ran frequently for office, including six tries for the presidency, and ultimately became a sort of “conscience of America.” He personally encouraged a wide range of religious-related political activities. Cook ably traces the role Sherwood Eddy and a small circle of fellow socialists with actual missionary experience, who launched the journal The World Tomorrow, with Thomas as editor, in 1921. This monthly offered a critique of imperialism, a support of anti-imperialism, at least as strong intellectually as the Leninist critique made by Communists, but with a very different social (let alone intellectual) basis. The wag who jested in the 1930s that the Communist party recruited industrial workers while the Socialist Party recruited YMCA workers was not all wrong.

Cook nimbly follows the complex trajectory of religious socialism—or I should say as nimbly as possible. The internal contradictions, as she notes, were ever-present. Reconciling religious beliefs with a Marxist analysis of social classes could never be comprehensive or final. She does not mention The Christian Socialist, a popular socialist tabloid in the 1910s that successfully integrated races in socialist enthusiasms including prayer meetings—and died from factional controversies. But she plunges with determination into the world of Thomas, Muste, Eddy, Dorothy Day and the hard-pressed struggles of Southern Christian radicals. During the 1930s, for instance.  Day’s intimate collaborator Peter Marin in the Catholic Worker movement vigorously denounced strikes, which posed as great a problem to her as the hierarchy of her Catholic Church avidly supporting Francisco Franco. Contradictions like these could not be overcome—only lived.

My greatest disagreement with Cook, whom I respect enormously, comes with her conclusions on Franklin Roosevelt’s vice-president (1940-44), Henry Wallace. She ably describes the former Secretary of Agriculture, regarded during the early 1940s as the most admired American after Franklin Roosevelt. Wallace possessed a deeply religious vision of a world united in rebuilding itself from omnipresent devastation. Notwithstanding his attraction toward a kind of religious mysticism—but perhaps also because of it—Wallace became, arguably, the the most influential Christian in the American twentieth century to believe in something like a global “cooperative commonwealth.” A forthcoming biography of Wallace by Nation magazine contributing editor John Nichols suggests that it was Wallace’s plan for a postwar assault upon racism that guaranteed his fall from grace.  Replaced by Harry Truman on the 1944 Democratic ticket, Wallace broke with Truman’s confrontational approach to world affairs. His doomed Progressive Party campaign for the presidency in 1948 might itself be described as a Christian mission (some of its followers fancifully imagined themselves part of “Gideon’s Army”) into the wilderness of the approaching Cold War and at home, the ominous military-industrial complex. Cook admires Wallace, but cannot help wishing he had chosen a different path.

The Civil Rights movement and the grassroots action by Myles Horton of Highlander Folk School had meanwhile invented, in their own terms, what Martin Luther King, Jr,, and others were to lead in the streets. Indeed, the socialistic and spiritual-minded Highlander could be regarded as the training center for southern civil rights activism. Staughton Lynd articulated for the newer left, in publications like Liberation magazine, what this meant for antiwar resistance, sometimes in opposition to semi-hawkish, mainstream liberal and social democratic views. Meanwhile Pauli Murray, quietly known as a socialist, lifted the intellectual tone and passed the message on to younger African American intellectuals such as James Cone and Cornell West, who has himself been in recent decades central to DSA’s appeal to young people in particular.

To my way of reading this familiar and now-renewed saga, Cook has passed over the Christian socialists who worried during the 1940s-60s more about the fate of the Global South than the dangers of Soviet Russia, and who in their way foreshadowed Liberation Theology, a subject which is not much taken up here. This lapse is more than understandable: “LT” has remained an exotic influence outside of theological schools and the support movements for the Caribbean and Latin America. Liberal theology, now under heavy stress with membership losses in the main denominations, likewise the crises of global inequality and the climate crisis, has yet to renew a lapsed support for socialist, anti-imperial or anti-capitalist theology or practice. Today, nevertheless, many religious liberals and radicals of all kinds are supporters of Bernie Sanders.

All in all, Spiritual Socialists will serve to revive a discussion much needed: how to envision, in religious terms,  what should be obvious (but is not) in all Christian doctrine: the needed shift from a competitive to a cooperative society. ##

Paul Buhle, a local Christian Youth Fellowship officer in teen years, is co-editor of the Eugene V. Debs comic and of the Encyclopedia of the American Left.