An Easter Prayer: To Recover the Russian Orthodox Tradition of Peace 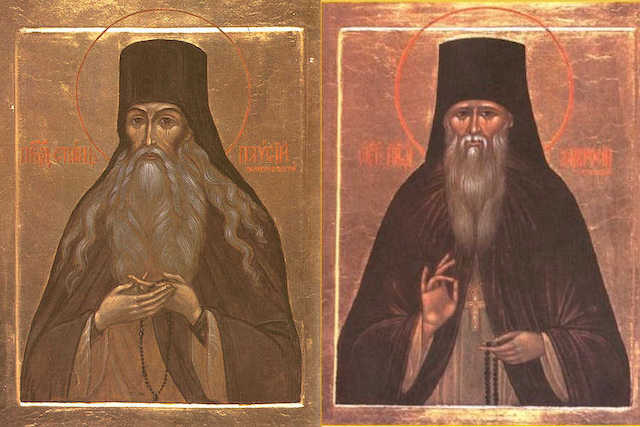 Don't forget! Tonight, at 6pm EST, attend Lessons for the Left: Infiltration, Surveillance, and Policing in the Muslim Community. Join New York organizer and activist Asad Dandia for a conversation about his direct experience with police surveillance and infiltration of the Muslim community. Sponsored by the DSA Religious Socialism and facilitated by seminarian and organizer Rafael Diaz.

For those of us with a deep love of Russian Orthodox spirituality, the events of the past two months, heartbreaking enough on their own, have brought additional grief. We mourn the warping of the Russian Orthodox faith for nefarious nationalistic ends. We see Patriarch Kirill’s longstanding capitulation to the violent messianism of Vladimir Putin as a tragic case of succumbing to a false god.

We are not alone in this. In March, nearly 300 Russian Orthodox clerics issued a statement decrying the war and comparing Russia’s actions against Ukraine to Cain’s fratricide of Abel in the book of Genesis. Archbishop Leo of Helsinki, the spiritual leader of the Finnish Orthodox Church, challenged Kirill to “wake up and condemn this evil.” Former Archbishop of Canterbury Rowan Williams made the case for expelling the Russian Orthodox Church from the World Council of Churches. Pope Francis has been unequivocal in his criticism, breaking protocol to appeal directly to the Russian Embassy in February and exclaiming during a general audience on April 6, “Let the weapons fall silent! Stop sowing death and destruction!”

Unlike the Roman Catholic Church, which has a hierarchical leadership structure centered on the person of the pope, Eastern Orthodoxy exists as an association of 16 (or 14; there are still internal debates over the status of two) autocephalous, or self-governing churches. Many of these are organized as national churches—think of the Russian Orthodox or Bulgarian Orthodox Churches, for example. Though modern ideas of the nation-state and its relationship to ethnicity did not exist when many of these churches were founded, some members have anachronistically applied them to advance nationalistic agendas.

This is precisely what Kirill and Putin are doing when they invoke “Holy Russia” or the “Russian world” as justification for the invasion. In a dangerous alliance of church and state that links up with a longstanding vision of Russia as the “Third Rome,” imperial heir to the Byzantine Empire and defender of “Christian civilization” against a decadent, secular West, they are proposing what the authors of a dissenting open letter at the website Public Orthodoxy describe as “a transnational Russian sphere or civilization . . . which includes Russia, Ukraine and Belarus (and sometimes Moldova and Kazakhstan), as well as ethnic Russians and Russian-speaking people throughout the world.”

This “Russian world” ideology is based on an interpretation of history in which Russia, Ukraine, and other countries in the former Soviet orbit are united in an Orthodox faith that began with the baptism of Prince Vladimir (Volodymyr) of Kyiv in 988 C.E. Kyiv thus became the spiritual center of Kievan Rus, as the East Slavic state was then known, with Moscow emerging as the political center centuries later. Putin, Kirill, and their ilk believe it is their duty to recapture Kyiv to unite the “Russian world” and restore what they see as the golden age of Vladimir’s reign.

This act of brazen violence is distressing enough; seeing Kirill and other Russian Orthodox hierarchs endorse it as a kind of “holy war” adds another level to our lamentation. We hear in it the sin of ethno-phyletism, the conflation of church and nation along racial or ethnic lines that was denounced as a heresy by the pan-Orthodox Synod of 1872. For Christians, this is sin against the body of Christ understood as the living “organism” of the church (1 Cor. 12:12–14): it binds the mystical movement of the body to the fate of a single nation and erases the particularities of human persons—in this case, the Ukrainians—under totalizing and idolatrous claims of identity. Closer to home, such language is deployed by Christian fundamentalists within our own country, which is why the evangelical Franklin Graham has repeatedly praised Putin and why distorted readings of Orthodoxy have made it attractive to some within white nationalist movements.

In the early days of the invasion, I kept a book of Russian icons open on my desk. On the verso page was an icon of Saint Paisy Velichkovsky, a Ukrainian by birth, and Saint Ambrose of Optina, a Russian. There is a gentleness in Ambrose’s eyes that is hard to put into words. The icon itself, even in reproduction, seems to quiver with tenderness, as though the saint were on the verge of tears. Ambrose was the model for Father Zosima, the spiritual father to Alyosha Karamazov in Fyodor Dostoevsky’s The Brothers Karamazov. One phrase of this fictional character contains more truth than all the sham reasonings of our real-life warmongers:

Every one of us is undoubtedly responsible for all men—and everything on earth, not merely through the general sinfulness of creation, but each one personally for all mankind and every individual man. . . . Only through that knowledge, our heart grows soft with infinite, universal, inexhaustible love.

Or this, which seems especially prescient given Kirill’s framing of the war as a “metaphysical” struggle against an “immoral” West:

Hate not the atheists, the teachers of evil, the materialists—and I mean not only the good ones—for there are many good ones among them, especially in our day—hate not even the wicked ones. Remember them in your prayers thus: Save, O Lord, all those who have none to pray for them, save too all those who will not pray. And add: it is not in pride that I make this prayer, O Lord, for I am lower than all men . . .

In a speech at the dedication of the Pushkin Monument in Moscow in June 1880, Dostoevsky addressed the theme of “Holy Russia” and Russia’s special mission to the world. Though some of its reactionary, religiously nationalistic language has not aged well, and its call for a nebulously defined “universalism” is blinkered to the blessing of human diversity, Dostoevsky’s speech is notable for its commitment to nonviolence:

Yes, beyond all doubt, the destiny of a Russian is pan-European and universal. To become a true Russian, to become a Russian fully, (in the end of all, I repeat) means only to become the brother of all men, to become, if you will, a universal man. . . . our destiny is universality, won not by the sword, but by the strength of brotherhood and our fraternal aspiration to unite mankind [emphasis mine].

It is not through conquering or invasion, but through a sort of radical humility (“Let our country be poor, but this poor land ‘Christ traversed with blessing, in the garb of a serf’”) that the Russian aspires “to include within our soul by brotherly love all our brethren, and at last, it may be, to pronounce the final Word of the great general harmony, of the final brotherly communion of all nations in accordance with the law of the gospel of Christ”. Love proposed from below, not violence imposed from above, is what will rectify the divisions between nations and bring about lasting peace.

“The Easter spirit in Russia is like the Christmas spirit in Western lands,” Helene Iswolsky writes in Christ in Russia, her historical survey of the Russian Church. “It is impossible to ignore it, or to forget about it.” With the coming of Orthodox Easter—the “Luminous Day,” the Feast of the Resurrection—I pray that the Kirill–Putin wing of the church will return to those sources of their tradition that inspire holy humility rather than holy war. I think of the centrality of kenosis, or self-emptying, in Russian thought, and of how “The image of the meek and suffering savior entered the heart of the Russian nation as the most holy of its spiritual treasures,” as the historian George Fedotov tells us. I think, too, of the Russian Orthodox concept of sobornost, the spiritual understanding of unity in diversity, of the free communion of people in charity and love, that can never be squared with theocratic aggressiveness or coercion. Just as the doors of the iconostasis, or icon screen, that separates the nave of an Orthodox church from the sanctuary are thrown open during Easter in a sign of joyful agape, so I pray that the Russian Church will throw open the doors that have sealed it within a lethal nationalism and allow the Holy Spirit to breathe free.

Michael Centore is the editor of Today’s American Catholic, where a version of this essay originally appeared. He is a member of the DSA Religion and Socialism Working Group’s Catholic Subgroup.