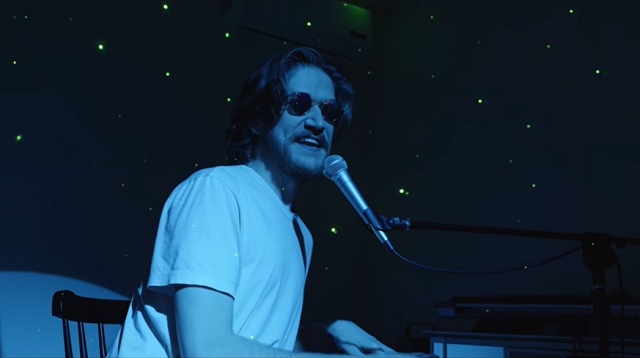 I’m low-key obsessed with Bo Burnham’s comedy special Inside. In the month since it was released, I’ve memorized the lyrics to every song and find myself involuntarily quoting them in casual conversation. I’m not alone either. Written, directed, performed, and edited by Burnham in a single room over the course of the COVID-19 pandemic, Inside struck a nerve with critics and audiences alike, focusing and reflecting back the anxiety and alienation so many of us have felt over the last sixteen months. It’s hysterical and heartbreaking, a tour-de-force of searing humor and startling vulnerability. It might be my favorite comedy special ever made.

As Facebook emerges unscathed from a series of antitrust lawsuits brought by the Federal Trade Commission and 48 states, it’s not one of Burnham’s catchy existential bops I find myself repeating. Rather, it’s a spoken-word interlude between a song about Jeff Bezos drinking the blood of his enemies and an electro-pop paean to sexting:

I don’t know about you guys, but, um, you know, I’ve been thinking recently that… that you know, maybe, um, allowing giant digital media corporations to exploit the neurochemical drama of our children for profit… You know, maybe that was, uh… a bad call by us. Maybe, maybe the flattening of the entire subjective human experience into a…lifeless exchange of value that benefits nobody, except for, um, you know, a handful of bug-eyed salamanders in Silicon Valley…maybe that as a, as a way of life forever? Maybe that’s, um, not good.

Here Burnham puts his finger on the tragedy of capitalist social media as only a onetime teenage YouTube star can. It’s not just that Mark Zuckerberg and his shareholders are incessantly collecting our data and algorithmically manipulating our emotions to generate ad revenue, undermining the very possibility of human society in the process. It’s that they hijack our deep yearning for creativity and community to do so. Their platforms promise to assuage our isolation and alienation, but more often than not they exacerbate it.

Augustine of Hippo, a Christian bishop and theologian who lived in the fourth and fifth centuries of the Common Era, helps me understand the diabolical insidiousness of Facebook’s profiteering. Despite his deservedly bad reputation as the guy who invented Original Sin, Augustine actually believed that the universe is fundamentally good. God is good, he reasoned; therefore, anything God makes must also be good, at least in its beginning. After all, the first chapter of the Book of Genesis says, “God saw everything that God had made, and indeed, it was very good.” (1:31)

Augustine believed that implanted in every human heart is the Imago Dei, the Image and Likeness of God, and that we are born with a built-in longing for the Source of Being: “You have made us for yourself, O Lord, and our heart is restless until it rests in you.” (Confessions 1:1) You don’t have to share Augustine’s Christianity or patriarchal language to catch his drift: replace God with, say, “connection,” or “solidarity,” or “relationship” and the point is much the same.

The trouble, from Augustine’s perspective, is that we don’t always desire what we were made to desire. We try to satisfy our yearnings with a myriad of other things that, while not bad in themselves, can’t bring ultimate fulfillment. Augustine was particularly obsessed with sexual desire, and Western “civilization” has paid the price for it for 1,600 years and counting. He put his finger on something really important though: desire itself is not bad. Whether as a result of evolutionary psychology or divine intention (or both), the longing for union is built into the human animal. Connection, creativity, community—belonging, meaning, purpose—to love and be loved—those are basic human needs, and they are, at root, good. We just have a tragic proclivity to look for love in all the wrong places.

Zuckerberg & Co. know that. They know that, behind every impeccably curated Instagram, there’s a real person with real feelings and insecurities, hopes and dreams. Or, for that matter, that behind my hot takes and political retweets, there’s a real, oft-frustrated desire to make a difference, to be part of a movement to transform this world that surveillance capitalism tells us is the best—and only—one possible. They know, and don’t care, because our dissatisfaction drives us to engage, and engagement is good for business. Their business, anyway, not the market they monopolize.

I’m fortunate because I have two communities that meet my needs for meaning and relationship: the First Congregational Church of Long Beach, where I’m the associate minister, and the Democratic Socialists of America. History teaches us never to invest ultimate meaning in fallible institutions such as churches and political organizations. Yet, in the ways we hold one another in struggle and in solidarity, the ways we affirm the Imago Dei in every person, my community of faith and my commitment to socialism both keep the flame of hope for a just world alive in me. Not a snappily edited, expertly filtered video of a flame, either: the real thing, radiant with light and heat and crackling potential.

“I want to help to leave this world better than I found it, but I fear that comedy won’t help, and the fear is not unfounded,” Bo Burnham sings. Fair enough. But it can help us laugh, log off, and recommit to communities that might actually leave the world a little better. And that, indeed, is very good.

Tom Emanuel (he/him/his) is a writer, activist, and ordained minister in the United Church of Christ. Born and raised on sacred Lakota land in the Black Hills of South Dakota, he currently serves as the associate minister of the First Congregational Church of Long Beach, CA on the historic lands of the Tongva people.

For a sample of Bo Burnham’s work, Tom recommends the special, "Welcome to the Internet”: https://www.youtube.com/watch?v=k1BneeJTDcU