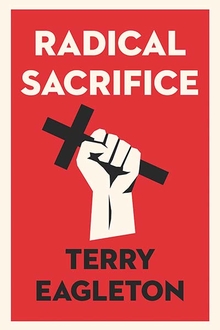 Terry Eagleton is a prolific British literary theorist, Marxist, Catholic, and critic of postmodernism. His work on academic Marxism and left-wing Catholic theology is relevant for religious socialists, particularly The New Left Church(1966) and The Body as Language: Towards A New Left Theology (1970). He is critical of Richard Dawkins and New Atheism for reducing religious traditions to religious fundamentalism. In Radical Sacrifice, Eagleton argues that death, tragedy, sacrifice, suffering, martyrdom, forgiveness, and scapegoating are deeply related to Marxist theory and practice. He notes that such concepts are not “commonly investigated by the political left,” especially those he designates as postmodern. At times, the text reads as a theological apologetic noting the continuities and discontinuities between Judeo-Christian traditions and modernity, intent on refuting postmodern and poststructuralist critiques and understandings readily reduced to being derived from antiquity and religion.

I read Eagleton’s book as a scholar interested in the intersections between Marxist and radical political movements and different religious traditions. Eagleton’s emphasis on revolutionary activity that does not hedonistically avoid negative or unpleasant experiences and realities resonated with me. However, I was not convinced by his attempt to link Marxist praxis with religious tradition, in this case Anglo-Catholicism. Modern Buddhist movements in Korea and Southeast Asia, for example, do not conceive of radical praxis in terms of theologies of sacrifice or scapegoating. In these traditions, activity can be understood without an agent, subjectivity, or even a sense of selfhood that those influenced by Freud and Lacan depend on when thinking about sacrifice, violence, and suffering.

Eagleton’s assertion that solidarity with the poor and the scapegoat connects Marxist thought with Christian theology reveals his reliance on his Anglo-Catholic heritage. I argue that the text is reductive by presupposing an Anglo-Catholic orthodoxy and only entertaining the religious “other” through Eagleton’s readings of cultural anthropologists and sociologists of religion that reduce religious communities to ritualistic social functions. A glance at the footnotes reveals that Eagleton draws form religious scholars indebted to Orientalist Studies. His uncritical citation and references to Edward Burnett Tylor, James George Frazer, Nigel Davies, Max Weber, and Mary Douglas reveals a problematic approach to investigating the religious and cultural “other.” His citation of John Milbank shows affinity with radical orthodoxy, rejecting ‘postmodern’ aspects while embracing Christian tradition and critique of modernity outside of Marxism and Christianity.

How does Eagleton argue that Marxist thought is aligned with Christian theology through the concept of radical sacrifice? He critiques defining sacrifice as self-dispossession and renunciation and argues that death and self-dispossession are necessary to move from weakness to power. Ritual sacrifice is a mystical process that nurtures wisdom. This centers Neo-Platonism and Christian mysticism and ignores how sacrifice is understood in non-Abrahamic religions and spiritualities. Violence is inseparable to civilization: founding violence and perpetual violence maintain and transform society. Radical sacrifice, or the abjuring of the self, is seen as a form of violence that nurtures wisdom, offers tribute and gives gifts, and necessary in reaching a social order that leads to flourishing.

Eagleton continues to center Christian theology by rereading tragedy and crucifixion against Rene Girard, who argues that violence is mimetic or destructive. Eagleton argues that tragedy or sacrifice leads to triumph. “Once the Law yields to the Spirit, the whole apparatus of ritual sacrifice can be set aside.” Radical sacrifice allows a “revolutionary new order” to come into being. Only those who make conscious and intentional sacrifices can bring about transformation and revolution.

Eagleton analyzes martyrdom through Christian theology and European thought. Drawing from Schopenhauer, he states that death motivates speculation. Christian monasticism deals with mortality by living in a way that is most fulfilling. Death motivates recklessness in politics and religion. “The central Christian event is not survival but resurrection -- a radical transformation at odds with the consoling continuity of living on.” Martyrdom is a Christian answer to dying well. But martyrs don’t throw away life recklessly. Martyrs must love life and have something to lose. They live their deaths out of love for the world. Radical sacrifice is voluntary risking of one’s life to transform the world.

Eagleton’s criticism of Derrida draws also from Christian understandings of gift-giving. Rather than considering the impossibility of gift giving due to reciprocal obligations, Eagleton argues that arbitrary and obligatory giving should be blurred, citing pre-modern giving as rigorously regulated and that ritual sacrifice critiques proprietorship. Forgiveness is a gratuitous act of giving. It overthrows equivalency, exchange value, the mimetic, and leads to justice by demanding reconciliation. Forgiveness confronts and relives the past rather than avoiding it. It tempers moral judgment with mercy. Reconciliation is possible through the scapegoat’s radical forgiveness and radical sacrifice.

Eagleton argues that the scapegoat and the Marxist revolutionary subject are equivalent. The scapegoat amplifies and abolishes distinctions between the sacred and profane. It is a redemptive martyr for the community. My objection is that the abject would be incensed to find that their suffering or sacrifice serves to redeem the whole of humanity, or more specifically the oppressor. He exempts the “Muselmann” or Holocaust survivors from being scapegoats and universalizes them as an index of humanity. I object to his use of an anti-Islamic term and trivialization of the violence against other dehumanized victims of genocide, slavery, and colonization. While violence inflicted on the “poor” liberates them and allows them to transcend suffering, the suffering does not. Eagleton creates a theodicy to explain the gratuitous suffering of the oppressed while exempting Holocaust survivors from this account.

The scapegoat acts as both monarch and the dispossessed by redeeming the whole community through sacrifice.It revisits Hegel’s master/slave dialectic, only here the proletariat and the religious actor (specifically a martyr) reconciles Marxist materialist ideology and praxis with Christian theology. Radical sacrifice is rehabilitated through the scapegoat/proletariat against liberal and postmodern critiques.

Eagleton is wrong to rely on orientalist scholarship that reduces religious communities to ritualistic social functions while treating Christian theology on par with theoretical discourse. Asian religions and philosophies do not necessarily consider tribute and gift-giving to be positive instances of sacrifice. Nor do they understand sacrifice from the Judeo-Christian perspective of redemptive scapegoating or forgiveness. Eagleton’s rejection of postmodernism discounts the importance of cultural critics and theorists of color engaged in postcolonial, decolonial, and anti-colonial scholarship adjacent to Marxism and religion. His rehabilitation and apologetic of radical sacrifice is incomplete because it begs the question of “whose antiquity?” and “whose history?” Renewal, transformation, and revolution do not have to come from rehabilitating the sacrifice or violence inflicted upon the dehumanized. And it certainly does not have to align with a Christian narrative of redemption.

Eagleton’s text is worth the read through a critical lens, particularly for those that are interested in the intersection between socialism and religion but also have a strong concern for anti-racism and anti-colonialism. Critically reading this book and other works in literary criticism and theory helps us unravel how even the most progressive, leftist, and radical scholarship can still focus on Eurocentric, Christocentric and orientalist frames of thinking that conflict with our antiracist and anticolonial commitments.

Girim Jung recently received his Ph.D. from Claremont School of Theology and is a member of the New York City Religion and Socialism Working Group.