May Day in Bolivia: Living the Truth 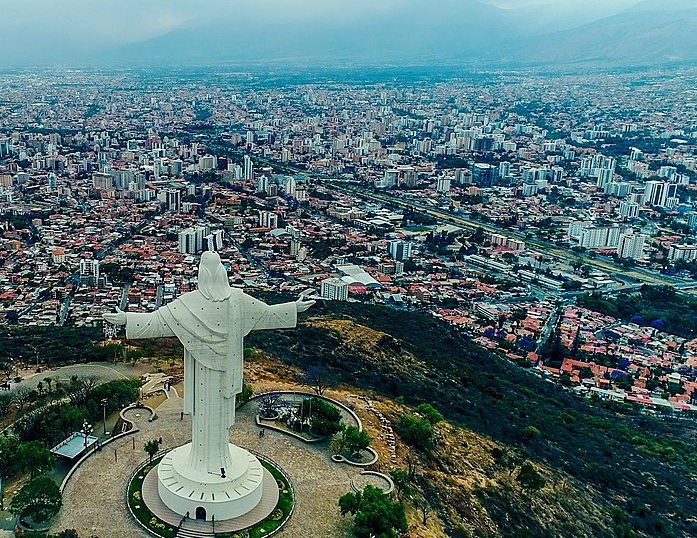 From Cochabamba, Bolivia, I wish one and all a happy feast of Saint Joseph the Worker and a powerful International Workers’ Day. This is the real Labor Day, on which workers from nations all over the world, except the United States, commemorate the movement for an eight-hour work day and assert their solidarity in the face of today’s struggles for dignity, respect, and justice. May 1, 1886, was the date on which workers united for a general strike for the eight-hour day. The fatal shooting of striking workers by police in Chicago on May 3, 1886, followed by the bombing in Haymarket Square on May 4 after a peaceful worker demonstration, galvanized the global labor movement.

For years I worked to build up a labor-religion coalition in Boston through the nonprofit group Massachusetts Interfaith Worker Justice. Thus I had long known about the Haymarket affair, its place in labor history, and its influence on the worker movement in general. I had known that International Workers’ Day sprung from it. But it amazes me how ordinary Bolivians have embraced the events of Chicago in May 1886 as events of world history, of enduring significance for today. As I write I can hear the band playing, the firecrackers booming, and the people declaiming their rights.

Earlier this morning I went to Plaza San Sebastián, near the old bus terminal and La Cancha, the great open air market, to see the place where workers were gathering for the May 1 march, organized by the national labor council, Central Obrera Boliviana. The people were lined up for blocks deep on Avenida Aroma.

This was no tepid affair. Workers poured in, not only from Cochabamba (the city and state), but also from other parts of the country. I saw hundreds upon hundreds of workers with their union locals and their departmental (state) and regional labor councils, representing numerous industries and trades, from construction workers and laborers to drivers and transportation workers to communications workers to retail workers to so many more. Women, who comprise the majority of the retail workers, were strongly represented, clothed in their trademark Andean dress (wide-brimmed or bowler hats, shawls or mantas, sweaters, and pleated skirts or polleras) with their hair in long double braids. President Evo Morales, who was preparing to announce this year’s annual increase in the national minimum wage as well as other additional benefits for workers, was scheduled to accompany this march, which made its way north from Plaza San Sebastián to the main staging area at Plaza 14 de Septiembre. You can see video clips here and here.

Every group had its banners. I saw numerous diamond-shaped tri-color banners (red-yellow-green, the national colors) for each respective labor union or organization. I read the names and acronyms of many worker organizations: don’t ask me what all those acronyms stood for. At the head of the march I saw groups of miners. On their placards, the miners stated as follows (I translate):

Those who have known me for a long time know how my politics skews. I am a Christian socialist and I do not apologize. God is the God of the Exodus, who set the Israelites free from slavery. For me, the Gospel is meaningless if it is not a Gospel in favor of the poor over against those who have enriched themselves at the expense of the life and liberty of the poor. Salvation from sin means salvation from the suffering caused by the sins of greed and indifference to poverty. Franciscans at their best draw near to the poor, share in their privation, and work together with God’s help to ensure that no one lives with less than the minimum necessary to survive, and that no one unjustly takes their life, leisure, and luxury from the blood, sweat, and tears of another. Thus as I wandered through the thickening crowds, I said a silent prayer for the people: Que Dios les bendiga. Que Dios prospere las obras de sus manos. For I have long seen and continue to see the hand and voice of God active in the struggle of ordinary people striving through their honest labors to share the blessings of creation, the common goods which are their right by virtue of being human, with their loved ones.

In the Gospel of John, Jesus says, “Whoever lives the truth comes to the light, so that his works may be clearly seen as done in God” (John 3:21). To paraphrase Jesus, the workers I saw today live and speak the truth. They walk in the light. May the sacrifices of all the everyday people who work to provide for their families, and who demand to be treated with dignity and justice, be clearly seen as done in God.

Saint Joseph the Worker, pray with us and work with us.

Brother Anthony Zuba is a Capuchin Franciscan friar in ministry at Church of the Good Shepherd, a Catholic parish in New York City. Currently he is studying Spanish through a language and cultural immersion program in Bolivia.