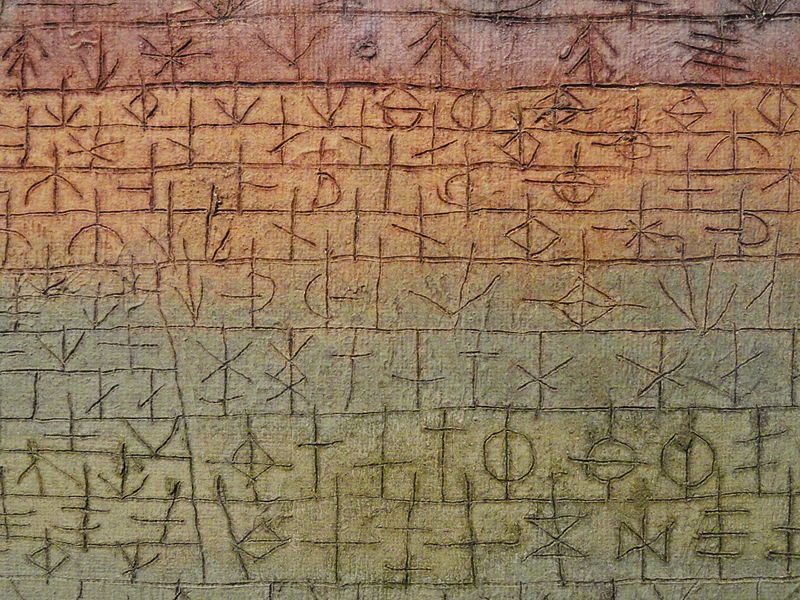 “To be radical means to go to the root of things,” writes Karl Marx. But this is not necessarily so. “Radical” may derive from the Latin word for “root,” but going to the root is not the only possible direction of movement. A classic statement of another way of being radical comes from a perhaps-unexpected source. Saint Paul writes, “If the root is holy, then the branches also are holy.” To be radical, then, can also mean to come from the root.

One way of being radical—Marx’s—is to dig deeper than others do, to get to something that others have not gotten to, to see something that until now was obscure. When people on the left aspire to be radical in this way, they do so by trying to think deeply, to develop an analysis of society and politics that gets to “root causes.” If one’s thinking goes deeper than others’, one’s actions will presumably surprise others. The point of this way of being radical is to act in surprising and even disruptive ways, but the deep-cutting thinking comes first and defines this kind of radical.

To be radical in the other way—Saint Paul’s—is to be fed by something below the surface of things, to be held up (and consequently held in place) by something deeper than one can get to, or can see, by oneself. When people on the left aspire to be radical in this way, they do so by making room in their political lives for a sense of purpose or promise that they do not fully understand, a purpose or promise that is at least partly hidden from them. To be sure, they will still plan and act on the basis of some analysis, but they do not see incisive analysis—or even its corollary, surprising or disruptive action—as the mark of a radical. If Marx’s way of being radical begins by rejecting shallow thinking, Saint Paul’s begins by rejecting a one-dimensional sense of meaning, a means-ends calculus too dry and self-evident to allow for more than a shallow self-criticism or to survive more than a temporary disappointment. Radical hope defines this kind of radical.

People on the left today are in great need of hope, and thus in great need of Saint Paul’s way of being radical. After the 2016 elections, I and many others I know experienced a disorienting and gut-wrenching disbelief. Even though we had read enough history (or theology) to know better, we had been seduced by the modern doctrine of progress. We were not angry or sad about the election of Donald Trump in the way we would have been angry or sad about some other election defeat. We were dismayed: it felt impossible, as if the forward drive of history had been replaced by a backward loop. As any sound analysis would have told us, there is no forward drive of history, no guarantee of improvement over time. At our best, we knew that. Nevertheless, our best thinking was no match for our failure to hope. People who hope might grieve sometimes, but they are not shocked, as we were. Shock reveals that you thought you knew what would happen, but hope is a commitment conditioned by the knowledge that you do not know what will happen. Every time we said, after the election, “This can’t be happening!” we were confessing, “I have relied on confidence in progress rather than on hope.” If any of us have recovered our balance over the past year, it is not because we have arrived at some new analysis. Most of us deploy the same concepts, rely on the same modes of thinking, as before. Rather, it must be because we have begun to stumble toward hope. There is no need to stumble blindly; we can notice our need for hope.

No one can be a radical in either of these two ways, Marx’s or Saint Paul’s, without some sustaining practices. The political traditions of the left provide a number of practices that can sustain radical thinking: reading or writing for journals of ideas, joining discussion groups, debating resolutions, honing a facility with analytic terms of art through conversations with fellow radicals. The problem for people on the left is that our political traditions teach us little if anything about how we can be sustained in the radical hope that we so badly need.

Knowing our need, we are forced to ask this question: What practices, what forms of community, can be means of hope? What practices can attune us to perceive the ways that what we long for is true already, here already—hidden, as it were, inside the world as it is—and at the same time to stay loyal to things that aren’t true yet, to stay loyal to an expectation of the world as it should be? What forms of community can call and re-call us to such perceptions and such loyalties?

Saint Paul continues: “It is not you that support the root, but the root that supports you.” Politics is life in public space, in the light of the city square. But any root capable of supporting us will have to extend out of sight.

To be sustained in political hope, we need roots outside political life. Somehow, we need to be fed by and held up by and held in place by something that “surpasses all understanding.”