Patrick Is Not the Patron Saint of the Six Pack 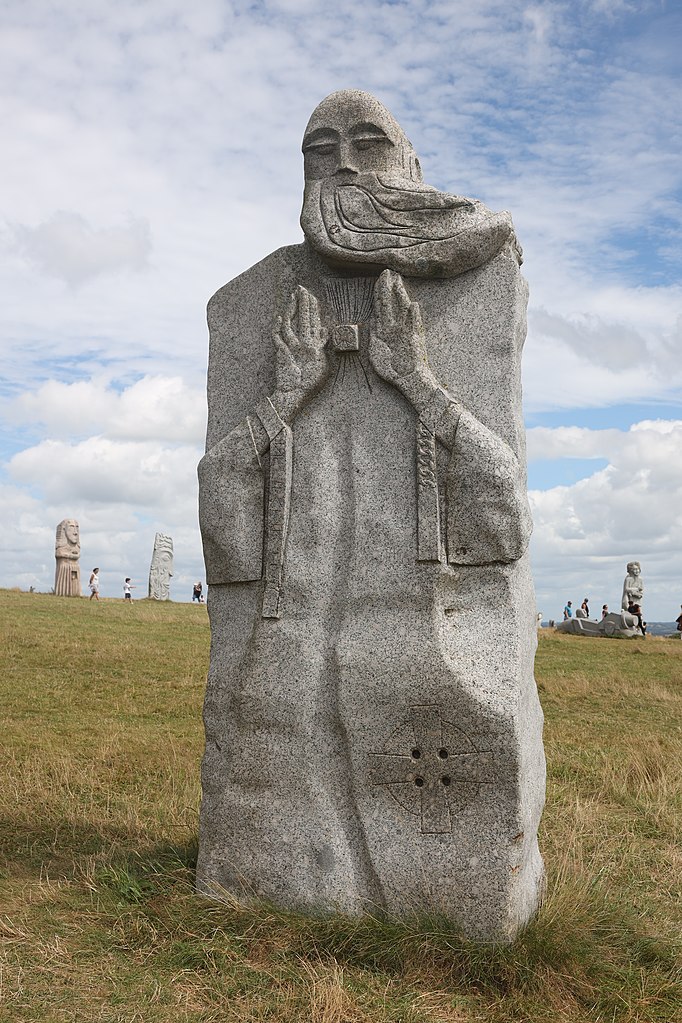 The Wearin’ O’ The Stereotype is upon us. Streets will be clogged with faux leprechauns whose T-shirts proclaim, “Kiss me! I’m Irish!” while their Budweiser belches make that prospect distinctly unlikely. It is a free country, sort of. If you want to get intoxicated, that’s between your body and you. But please don’t associate your behavior with St. Patrick, who endured enough insult in his earthly life and does not need this annual posthumous travesty of a feast day.

Some theology: The Roman Catholic Church teaches the Communion of Saints, a unity of people of faith here on earth with those who have obtained heaven. As with most good things about my church, it is a manifestation of solidarity. The saints in heaven – both those formally declared by the church and those good but anonymous people who have made it to paradise – have God’s ear. They intercede for us. To believe in the Communion of Saints is to know that you have friends in high places.

Because the saints are our friends, we get familiar. There are a couple of saints I pray to in a way that can be positively chatty. Nothing wrong with that. But sometimes saints get to be more popular culture icons than genuine and holy people whose lives can show us the road to union with God. People “pray” to St. Anthony of Padua to find lost objects with no real connection to the eloquent Franciscan’s dedication to illuminating scripture and to serving people in poverty. That’s not religion. It’s turning a holy man into an app. Christians and all people who yearn for justice and kindness need to reclaim the stories of the saints, because they practiced love so purely and fiercely that they can inspire us to new heights.

A disclaimer: The biographical detail surrounding some saints is fuzzy at best. There are a number of saints whose stories are largely legend. In 1969, Pope Paul VI removed from the liturgical calendar saints about whom little was known. In some cases, it was uncertain that they’d even existed. The pontiff famously removed St. Christopher’s feast day, though not his sainthood. Nevertheless, the little statue of him remained glued to the dash of our family car. You can still buy one today.

St. Patrick falls in between. Two of his written works survive, but they are short on detail. The paucity of facts is not a reason to abandon his story and repurpose him as the patron saint of the six pack. A good legend is a powerful thing, and Patrick’s is great.

The legend: Patrick was raised in Britain, son of a Christian deacon who also served as some kind of official for the occupying Romans. At 16, he was kidnapped and taken to Ireland for six years of enslavement, according to his autobiographical “Confession.”

Patrick, thus, was not Irish. It’s fascinating that he’s become a nationalist symbol, nationalism not being catholic, Catholic, or Christian. He suffers greatly in Ireland: hunger, cold, nakedness. Patrick had never taken his father’s faith too seriously. In his distress, he has a deep conversion experience and begins preaching the Gospel.

Eventually, a voice tells Patrick that a ship has arrived to take him home. After much adventure, he does return to Britain where he is elated to reunite with his family and wishes never to see Ireland again. God has other plans. Patrick describes a dream where the Irish call him back: “‘We beg you, holy youth, that you shall come and shall walk again among us.’ And I was stung intensely in my heart so that I could read no more, and thus I awoke. Thanks be to God, because after so many years the Lord bestowed on them according to their cry.“

He returns to Ireland, to his oppressors, and gives them the greatest gift he has: his faith. Throughout his confession, Patrick describes himself as an ignorant rustic. The closest he comes to bragging is referring to the thousands he baptized. But Patrick, by now a bishop, states over and over that everything he achieved was through God’s might, rather than his own.

Nowhere in Patrick’s own words does he talk about the miracle for which he is best known, driving the snakes out of Ireland. The fossil record tells us that Ireland never had snakes.  There is also no mention of his using the shamrock to teach the concept of the trinity, though the wee plant is forever associated with him, Ireland, and this miserable feast day. His story is so much better than that. It is about forgiveness for those who harm you; rejection of tribalism; obedience to God at great personal cost; and the root of all these things – love.

Today the saints are people with institutions bearing their names. But in their lifetimes, they were more likely to be a thorn in the side of the status quo. They were so often martyred because they lived out a vision that terrified the power elite: a person who was truly free and chose to spend that freedom in service to others. If you want to be inspired, look at the real Patrick, the one hidden behind the cartoon and the easy piety. If you want to start a revolution, be a saint.