Prayer Is Not a Weapon 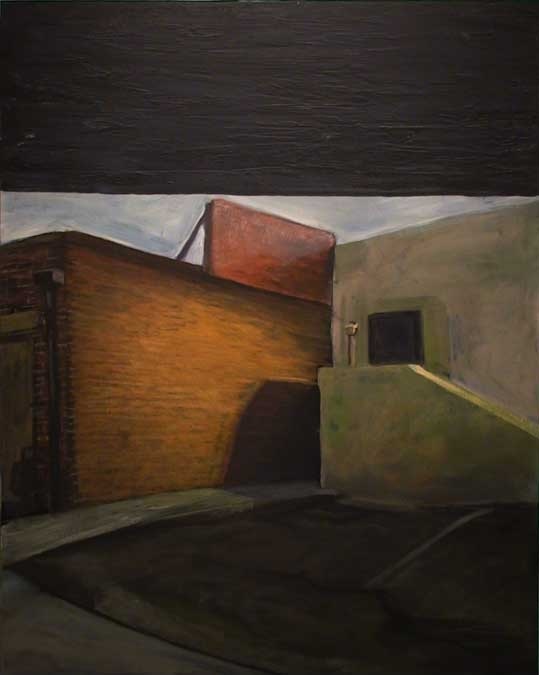 Before a meeting with Congressional leaders to discuss the federal government shutdown, Vice President Mike Pence insisted that those present join in prayer.  This is offensive for myriad reasons. Prayer is, of course, inappropriate in a diverse workplace where people may hold different religious beliefs, including no belief at all. This is doubly true when the workplace happens to be the U.S. government, whose founding document forbids the mingling of church and state. Finally, prayer at government functions implies a sanctity that they seldom deserve.

In this instance the prayer was an obscenity. Pence was representing an administration using the shutdown as leverage to get its border wall, an edifice that would be a monument to racism and a violation of the Matthew 25 imperative to welcome the stranger. The vice president makes great outward show of being a Christian. But Christianity and racism are mutually exclusive. So praying over these proceedings was blessing a sin: no different from saying grace over a robbery, a murder, or a lie – at the suggestion of the thief, the killer, the liar.

The next day at these negotiations, the Democrats opened with their own prayer. Their invocation noted that Jesus and Mary were refugees. It wasn’t the first time that the Dems had brought religion into this business. Before the shutdown Nancy Pelosi told reporters that she’d asked Donald Trump to “pray over” his plans. I do not believe that Donald Trump is a man of prayer. More to the point, I don’t think Nancy Pelosi believes it. She was just hitting him with the Jesus stick, an increasingly common weapon in our public life.

In their book The God Strategy: How Religion Became a Political Weapon in America, David Domke and Kevin Coe observe that presidents did not always close their speeches with “God bless America.” We owe the custom to Richard Nixon, who used it at the height of the Watergate scandal to wrap himself in a bit of goodness. But it did not become de rigueur until the presidency of Ronald Reagan, who routinely employed the phrase while talking about shredding the social safety net, increasing our nuclear arsenal and so on.

After Reagan, politicians to the left of him have rushed to stake their own claims on God, just as they’ve rushed to reclaim the flag. Now most mainstream politicians will ask God’s blessing on America (and only America – by which they mean only the United States) as they stand in front of the stars and stripes – which themselves have become an object of idolatry.

While the right’s use of Christian prayer to promote an agenda of hatred is perverse, the left’s prayers are oily, often nothing more than an attempt to score points. Prayer is not a rhetorical flourish or a tool of one-upmanship. It is communication with the divine. Using it for show violates the direction that Jesus himself gives, again in Matthew’s Gospel: “But when you pray, go into your room, close the door and pray to your Father, who is unseen. Then your Father, who sees what is done in secret, will reward you.”

Admittedly, there is a fine line here. Faith should inspire us to do justice in the world. We cannot leave it behind in our political life.  But neither should we rehearse our expressions of faith like mere talking points. They should be genuine, organic. As Exodus instructs: “Now go! I will help you as you speak, and I will teach you what to say."

One of the reasons I admire Bernie Sanders is that he ran for president while frankly saying that formal religion was not a large part of his life, making him unique in the field of hopefuls. I also admire him because his platform called for a more fair and compassionate economy, which I believe is required by the teachings of Christ. That brings up a sticky point: When you inject religion into politics, there is an inherent and sometimes explicit declaration that God is on your side.

I have fallen victim to that temptation. I try to remind myself that God is on everyone’s side. My challenge is to make sure that I’m on God’s. I think of Dorothy Day, the founder of the Catholic Worker and a great, as yet un-canonized saint. Dorothy could cite scripture with the best of them when calling out the yoked evils of capitalism and war. But she was more likely to be collecting clothes for families in poverty or giving up her own bed to an addict who had nowhere to go. She did not whip out prayer when it was advantageous. Her life was a prayer.

I drive a fair distance to attend a church that I’m sure Dorothy would love. We have bills and building issues, as any good church should. The parish has shifted from serving families of European heritage to newly arrived families from Central America.

On Christmas Eve, the children of the parish acted out the nativity, a skit that ended with our young Mary walking up and down the aisle so that every one of us could look at the face of baby Jesus. The newly baptized infant who played the lead role was clearly a child of Central American heritage. My heart was at once full and broken because I saw Christ incarnate in the persecuted and rejected.

The next day, I turned on the radio as I prepared my family’s feast. I learned that 8-year-old Felipe Gómez Alonzo had died earlier that morning in US Border Patrol custody, the second immigrant child that we know of who has perished in those circumstances. I stood at the stove and wept. In my mind, I saw my parish’s baby Jesus. Christ is forever being born and --  God forgive us -- forever being crucified.

I prayed, as I do when confronted with horrors too large for me to handle.  That silent time, ignoring the chopping and sautéing that seemed so important moments earlier, saved me. It always saves me. Making the space for God allowed me to simultaneously hold the joy of the incarnation and the sorrow of the crucifixion. It allowed me to move forward with our celebration and recommit to the work of justice -- the enormous, impossible and essential work of justice.

Prayer keeps my world from tipping into darkness.  It is as essential as air. To see it turned into a weapon is infuriating, because that dishonors God. It is also deeply sad. In this country’s hour of need, we cheapen a force that has the potential to change everything. We turn true fire into fireworks. All flash. No heat.

Colleen Shaddox is a Roman Catholic writer and activist who concentrates on poverty, immigration and mass criminalization. Her work has appeared in The Washington Post, The New York Times, The Wall Street Journal and other venues.

(Image: But when you pray, go into your room... by Sergio D. Robleto. Used by permission of the artist.)