Religionless Christianity in an Age of Spectacle 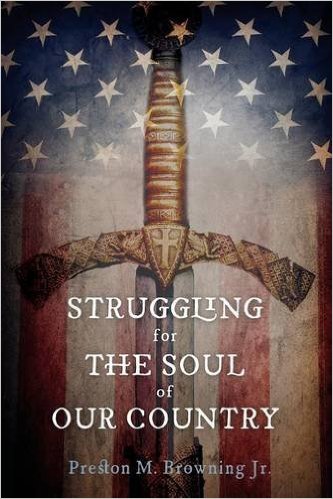 Religionless Christianity in an Age of Spectacle

Climate destruction, consumerism, distractions of capitalism—all cry out for a reinterpretation of the thought of Jesus

We live in an age of consumerism, of assaults on our moral and spiritual lives, of destruction of the planet. Almost everything in the culture—mass murder, misogyny (most recently Donald Trump’s outrageously abusive language regarding women), natural disasters—becomes fodder for the “distraction industry.” We are distracted unto death by spectacle. And traditional Christianity cannot provide the help we need. In the past century, key scholars have demythologized Jesus and Christianity and pointed to new understandings. Several speak about a Christianity freed of the doctrines and ecclesiastical structures of traditional religion. By looking at their thought, we can, perhaps, discern a way forward.

Dietrich Bonhoeffer was a young German theologian who left a secure position at Union Theological Seminary to return to Germany, where he took part in a failed plot to kill Adolf Hitler. While in prison awaiting his trial and execution, he wrote short essays and letters in which he expressed a “radical” understanding about the call to be a Christian. Most believers, he asserted, settle for “cheap grace,” seeking help from an all-powerful, “stopgap God” in moments of crisis. But the God revealed in the New Testament, he claimed, is a suffering God. In the “godless world” in which we live, followers of Jesus must acknowledge that it is only by his weakness and suffering that Jesus can help us. Christians “must plunge [themselves] into the life of a godless world without attempting to gloss over its ungodliness with a veneer of religion.”

John Spong is a retired Episcopal bishop who for decades has been attempting to demythologize Jesus. Jesus, he declares, was “holy” not because a super-transcendent deity was incarnated in him but because he embodied so fully, as a human, those qualities his followers associated with the sacred that only language normally reserved for gods was adequate to describe him. But it is Jesus’ capacity to love without measure, to extend his compassion beyond race, gender, religious belief, or social status that Spong stresses. Spong rejects the deity of orthodox Christianity as “sadistic” for requiring his followers to beg for mercy. This advocate of a spiritual revolution summarizes his understanding of what being a follower of Jesus involves: “To walk beyond all religious forms that bind our humanity in order to enter the religionless world of a new humanity. It is to seek divinity not externally but as the deepest dimension of what it means to be human. It is to enter divinity only when we become free to give ourselves away.”

Thomas Berry was a Catholic theologian who in mid-career began to call himself a “geologian.” Two of his major books are The Sacred Universe and The Dream of the Earth. Berry is unequivocal about the universe being the primary reality. Everything that is starts—and ends—there. The universe is foundational, irreducible, and for humankind to recover its own deepest psychological and spiritual health and wholeness, it must enter into a profound spiritual relationship with the universe. For that, Berry emphasizes, a virtually new species is required and surely a new religion. Berry does not attack established religion in the manner of Spong, and his work has about it the qualities of mystical writings or poetry. It was Berry’s firm conviction that as humans begin to experience more fully the exciting drama of the development of the vast universe from its simple origins and experience with deep feeling the majesty of the process, “new religious sensitivities will emerge.”

Harvey Cox’s views regarding religion might be cited as counterpoint to those of Spong. Whereas Spong celebrates a passionate commitment to Jesus free of institutional religious ties, Cox celebrates what he calls “people’s religion.” For Cox, the core question of any religion is how it serves humankind in its struggle for liberation. Liberation, he declares, is the “purpose of Christianity.” Cox wrote those words at a time when liberation theology was emerging, largely in Latin America, and it was principally Catholic theologians who were propagating this understanding of the message of the Gospels. For generations in most Christian denominations the message of Jesus had been focused largely on salvation and eternal life in heaven. Now a different message swept through the global South: the church’s focus shifted to the totality of human life. Its task was to proclaim and work for liberation from all that oppressed and stymied humans in their struggles for health and wholeness. Pointing to the example of Jesus, those influenced by liberation theology called for a campaign to free humans oppressed by governments, by ignorance, by disease, by racial bias, by poverty, by fear of the future. But especially by hunger. The God who inspires these liberation efforts, Cox claims, whether they are located among desperately impoverished peasants in Guatemala or poor and forgotten African Americans in Alabama, is the ever-watchful, intervening deity that Spong so vehemently rejects.

Ernest Becker, whose book The Denial of Death won a Pulitzer Prize, discusses original sin. Spong rejects without equivocation the church’s teaching that we humans are born in sin. Becker, who is thoroughly versed in the writings of Freud, Adler, Jung and the other greats of the psychoanalytic world, writes, instead, about the tragedy of human existence, shadowed as it is by the “demonic.” Becker reflects on the Fall, which leaves us mystified about our own existence. That existence, he asserts, terrifies the poor, naked creatures we humans are when divested of the myths, social customs, and self-serving falsifications we create to buffer ourselves from the reality of our existence.

Here is where being and courage, as well as another major thinker, Paul Tillich, enter the picture. Tillich’s The Courage to Be had a significant impact in the post-World War II era on both intellectuals and lay persons, and both Spong and Becker make use of his thought. Tillich means the courage to stand on one’s own two feet, to face the terrors, the eternal contradictions, the angst, and the guilt of human existence without flinching or running to some phony source of comfort. At the heart of this kind of courage is the capacity to “absorb into one’s own being the maximum amount of nonbeing.” Like Tillich, Becker understands the central crisis of our time to be a pervasive meaninglessness, and he calls on us to take into ourselves as much of the surrounding meaninglessness, that is, the nonbeing, as we are capable of.

His thought is particularly relevant today, in the consumers’ paradise that U.S. capitalism has created. Our current society is, I believe, the apotheosis of nonbeing, the ultimate escape route from reality.

Where do the thoughts of these scholars leave God or the idea of God? For Bonhoeffer, the God of traditional Christianity has “abandoned” us. For Spong, that God has been the great creator of guilt. For Berry, the God of Christian orthodoxy has been replaced by the universe. For Cox, God is “whatever is in the vast spectacle of cosmic evolution which inspires and supports the endless struggle for liberation.” And for Becker, “God” appears to be what humans create to help them cope with the confusion and terror of the human condition.

For me, the conventional view of “God” has been replaced by a concept drawn from both religion and science. In her collection of mini-columns brought together in a book entitled Where Is This Music Coming From? Musings of a Failed Hermit, Mariel Kinsey, a true visionary, writes about the “emerging paradigm.” “Both scientists and theologians are coming toward the perception that since everything in the universe is mutually interacting, then the essence of life can be understood as a vast relational flow of giving and receiving. That flow IS reality, that reality IS what we mean by the word GOD. Nothing exists outside of that reality, not even stars or black holes.”

I find this paradigm both freeing and exhilarating. Giving and receiving! The essence of reality! The essence of the sacred! Science and religion at last reconciled. And Jesus, who surely exemplified flow in every act, every parable, every gesture, the breathtakingly inspired messenger. Beside this vision, repeating the Creed by rote seems to me much like pledging allegiance to a set of doctrines or to an organization.

Preston M. Browning, Jr.operates Wellspring House, a retreat for writers in western Massachusetts. This essay is adapted from a chapter in his recently published Struggling for the Soul of Our Country.