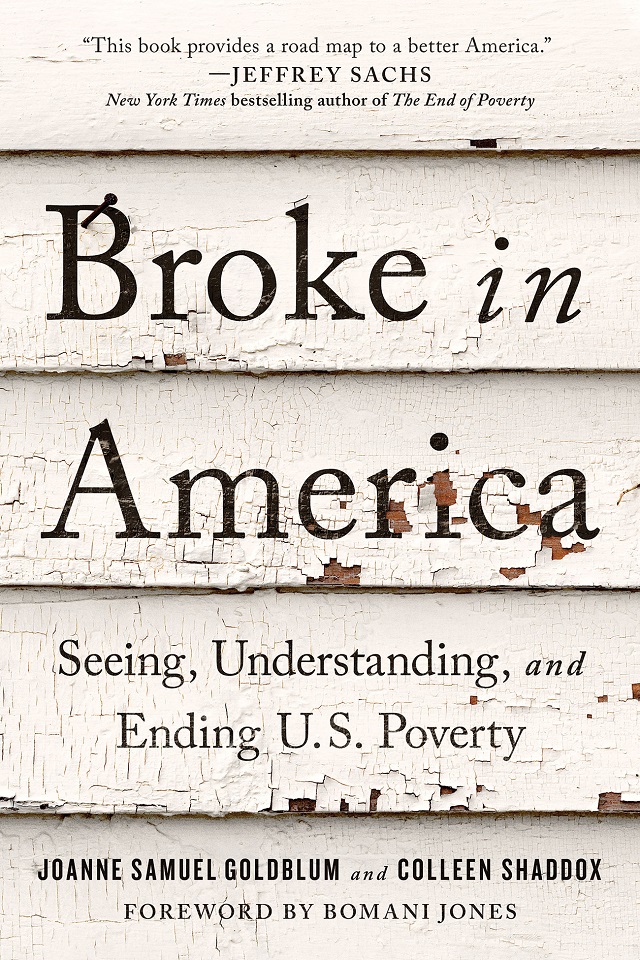 In this week’s Religious Socialism post, we share and link to a new Jacobin magazine interview with DSA Religion and Socialism activist Colleen Shaddox and her co-author Joanne Goldblum about their important new book, "Broke in America: Seeing, Understanding, and Ending U.S. Poverty." This wonderfully accessible yet comprehensive book doesn't stop with describing the tragedy of U.S. poverty--it insist that the suffering is unnecessary:

"Poverty is simply not having enough money to meet your needs," Goldblum says. "There is nothing more complicated about it than that. And we live in the richest nation in the world, where there is plenty of money. So if we have the political will, we could end poverty.

"There are lots of different ways to do it. A living wage is necessary, and a universal basic income can help. We talk in the book about universal health care, housing supports, about making water and electricity and heat a public good. Other countries do all this, and there is no reason we could not do so as well. If we just tax people appropriately, we can have the money to do all this."

"The income gap between the lowest-paid worker and CEOs has increased exponentially in the past few decades," Shaddox says. "So that is a lot of money that’s churning around in our economy, but it’s not being shared appropriately. And by ‘shared,’ I don’t mean some generous act. I mean that the worker in the warehouse who is making everything run deserves a fair share of the revenue he is generating. We don’t have that now."

The book can be purchased here, the Jacobin interview can be viewed here.