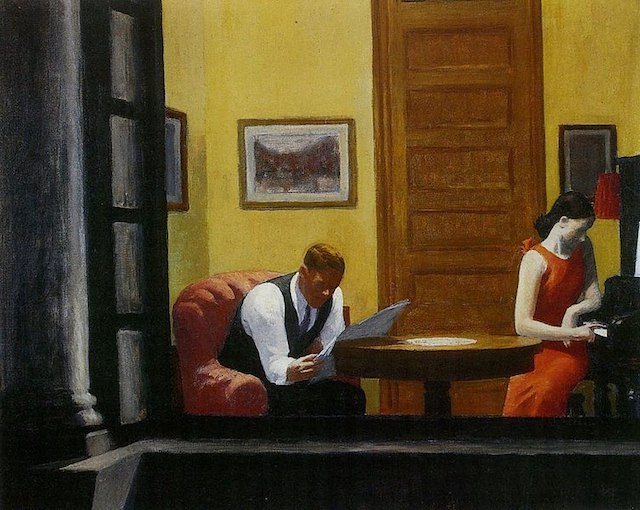 Socialists are good at articulating egalitarian policy agendas but often fall silent if asked why they want equality in the first place. This may be because equality appears to be a “self-evident” premise, an idea that deserves no explanation of its own. I’m not convinced, though, that it is. We do have something to say about why equality matters.

In an interview published just over a year ago, Michael Walzer, an eminent socialist thinker and scholar of Jewish political thought, offers a good place to start.

Walzer rightly invokes the many egalitarians inspired by the story of human creation in Genesis 1. But this brief remark leaves us wondering how people move from sacred story to political vision. I’d like to think here a bit more about how we might make that move. (With apologies to Walzer, I’m going to write using distinctively Christian terms and references—although not,  I hope, in a way irrelevant to readers who aren’t Christian.)

Moving from story to politics requires interpretive work; an egalitarian reading of Genesis is not, after all, self-evident. It’s not even uncontested. Chad Pecknold, writing recently at The Post-Liberal Order, proposes instead that the doctrine of creation in the image of God underwrites inequality. Following St. Thomas Aquinas, Pecknold argues that although human persons are alike in having been created in the imago dei, we can move closer to or farther from God. Sin can “obscure the image in us,” while “when the light of reason rises to knowledge of God…there is a certain dignity or excellence in that which ennobles the image” of God in that person. The phrase “image of God,” as Pecknold reads it, doesn’t name a status we share but rather a marker to which we’re all compared. The implications of creation in the image of God are thus “dynamic and scalar,” not egalitarian. Pecknold doesn’t spell out the political lesson he finds in the doctrine of the imago dei, but it’s clear that if we understand human dignity “on a hierarchical scale,” as Pecknold asks us to, we will be likely to imagine human societies as hierarchical orders as well. We will be likely to argue that justice is mostly a matter of acknowledging and maintaining benevolent inequalities.

Yet this isn’t the whole story. Pecknold writes as if it matters a great deal that different persons reflect the image of God to different degrees or in different ways. Those differences are real: if they weren’t, what would be the point of talking about repentance or spiritual growth? And the benevolent hierarchies his account assumes are at least possible: where would any of us be without parents, teachers, mentors, or exemplars to look up to? But when it comes to political life, these insights don’t get us very far.

R.H. Tawney, one of the great figures of Anglican socialism, puts Pecknold’s “hierarchical scale” in its place when he writes, “In order to believe in human equality, it is necessary to believe in God. It is only when one contemplates the infinitely great that human differences appear so infinitely small as to be negligible.” Pecknold seems to think that the doctrine of the imago dei teaches us how human persons relate to or compare to one another. Tawney insists that what the doctrine teaches us has more to do with how we relate to God.

It is idle to say that men are of equal value. If value is taken in a worldly sense—if we mean that all men are equally useful or beautiful or good or entertaining—then it is nonsense. If it means that all are of equal value as immortal souls then I think it conceals a dangerous error. The infinite value of each human soul is not a Christian doctrine. God did not die for man because of some value He perceived in him…God died for sinners. He loved us not because we were lovable, but because He is Love….If there is equality it is in His love, not in us.

To be equal means to be the same in some way, to have some identical attribute or some common experience alongside the differences that may also exist. To be an egalitarian is to believe that human sameness is, in some important contexts and respects, more salient than human difference. What, then, is the politically salient sameness that the doctrine of imago dei reveals? Pecknold, Tawney, and Lewis agree on one thing: it’s not a feature or characteristic that humans share. And this means that the imago dei doesn’t mark us as having equal value or deserts. But what I want to emphasize is that this superficial inequality depends on an underlying commonality. What we have in common isn’t a feature but a relationship.

Humans are at once distant from God and made to be close to God. The tension between those two teachings gives us the sense of motion, of dynamics, of vertigo, of a hunger and a love that runs through what Pecknold, Tawney, and Lewis all have to say. I would put it this way: created in the image of God, we are all equally called to more fully embody that image, equally called to draw closer (or, better, to be drawn closer) to the divine. We could say that a demand for social equality isn’t found in what the doctrine of imago dei teaches about our origins so much as in what it teaches about our ends.

How could the life of a community reflect the equal “calledness” of each of its members? If Pecknold is right that human persons have a scale of responses to having been created in God’s image, then it won’t work to mandate a singular mode of response to that call. A politics that reflects our equal calledness can’t coerce us into spiritual uniformity. Such a politics would have to be, itself, something like a call, an invitation open to all—including, as Walzer reminds us, those who aren’t so sure that God exists.

This is where the doctrine of imago dei becomes an argument for social equality. The point isn’t simply that love can motivate our efforts to feed the hungry, welcome the stranger, clothe the naked, and heal the sick. Love of neighbor may indeed lead to social equality, but I think something else is more important: social equality eases the way to love of neighbor. Big inequalities of wealth and rank leave the members of a community with few common experiences, and this makes it unnecessarily difficult for them to see one another as neighbors. As James Baldwin put it, people shaped by profound inequalities are apt to look up or down or away but not at one another. It doesn’t have to be this way. The reduction of social inequality makes for common experiences; common experiences make for a humane community, for a lively and unforced awareness of one another’s humanity. Social equality is a means toward a certain kind of community, a kind of community that is in turn a means toward understanding one’s neighbors and oneself. And that understanding, in turn, can open us toward the God who calls us.

Here is my definition of Christian socialism: a politics of steady, persistent neighbor-recognition and neighbor-love. This kind of politics doesn’t depend on liberal egalitarianism, on an equal possession of rights pointing toward equal independence. It begins instead with equality of need, pointing toward dedication to one another within our political communities right now—and in the end toward another community, another city, beyond any politics we have known thus far.

Geoffrey Kurtz, a political theorist, is the author of Jean Jaurès: The Inner Life of Social Democracy.