The Republican National Convention is Over. So is this Minister’s Association with the Party 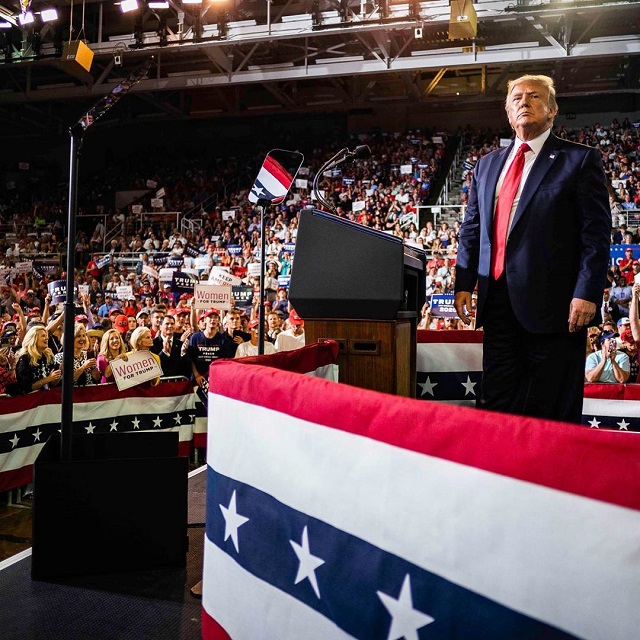 In a bonus edition of Religious Socialism timed to coincide with the conclusion of the Republican National Convention, Pete Talbot, a Christian minister in southern Maine, shares the story of his journey from being a Republican to a member of the DSA:

Why I left the Republican Party

Confessions of a Millennial Pastor

Growing up in a conservative household that always went to church and voted Republican, I found myself, at 18, reluctantly registering GOP. For most of my young adult life, I participated in primaries while voting differently in the general election and thinking I was wrong for aligning my morals and values with those on the Left. If I wanted to be a pastor, which I definitely did, then, others made it clear that I needed to be a shining member of the GOP. But something didn’t sit right for a long time before I had the guts to think for myself.

Was it really true that to be a pastor, I had to be a member of the Republican Party? The same people who told me that were the same ones who protested against my gay friends’ rights and called climate change a hoax. When people died because they couldn’t afford healthcare, these people just shrugged. ?” It didn’t make sense. Where was the unconditional love of Christ?

Give to the needy, love your neighbor as yourself, have compassion for the multitude were just some of what Jesus commanded. Jesus protested in the temple. He drove animals and humans out with a whip while overturning tables. Again in Luke, he stood up and spoke in the synagogue, proclaiming something so countercultural that his own community rejected him.. He wasn’t pushing some capitalist agenda that the church I knew seemed to align with.

The first time the capitalist agenda within my church became clear to me was during  an Elder meeting one chilly November afternoon. We had already had a few early snowshoers and it was colder than normal. I suggested that my rural church fundraise to get hats, mittens, and hot soup for the needy living in the streets of Portland, Maine, about 20 miles away. The first response shocked me: “Well, that’s nice, but we don’t want to collaborate with other churches.” True, the recipients were unlikely to make the trip to our church, and we’d be using another church to distribute the items, but how was that at odds with our mission? At that moment, I no longer wanted to be associated with subculture Christians.  I wanted to become a part of a solution. That’s also when I became more and more interested in Barack Obama, an incredible man who helped me realize I am called to be my brother’s keeper. Eventually, I found another church, the DSA, and a new vision for the future.

Change is a large and necessary part of growing. For a seed to produce any potential fruit, it must first undergo a number of changes. Nobody can bite into an apple, spit out the seed and hold it up to the sun and command it in Jesus’ name to, “Go! Bring me more apples.”  But that is the equivalent of what those who do not believe in science would say. Why disregard science in the name of faith? Growth is always difficult but it is a beautiful process that needs to happen. I’ve never seen a group more fearful of change than the capitalist, Republican Party. Yet Jesus instructs us that we must be born again. So why resist change, especially when the change is one that brings forth community?

I became sick of hearing the gospel of capitalism while our country becomes more and more divided and in desperate need of a solution.I’m embarrassed by an “I win, you lose” system that is full of racist, xenophobic, misogynistic, homophobic tyrants who seemingly have no respect for human life, for the beauty in diversity.

I have faith in humanity. The GOP would tell me that I’m stupid to live a life without padded military and over-extended police budgets. But, aren’t we supposed to pray for the Kingdom of God to be established on earth? I’m not afraid of the pandemic causing churches to close.I’m worried about a religious social club that thinks there is more power inside a building than outside. A club that thinks its meetings are essential and trips over homeless people on their march against gay marriage.

In 2016, like so many others, I started exploring democratic socialism. In addition, I took the official step of changing my party affiliation.

Raising my voice and standing for what I believe in has given me more peace and more confidence in the words of Christ. There’s a freedom and responsibility to become part of the solution. The transition, especially for my conservative family has created some tension. The prophet Isaiah describes my feelings when he says, “For a long time I have held my peace; I have kept still and restrained myself; now I will cry out like a woman in labor; I will gasp and pant.” When I preach and teach, I will not bring a false gospel warped  by a Republican-influenced church, I will preach the gospel of the Kingdom, which excludes no one.

Peter Michael Talbot (@petethetalbot) is a pastor and author in the woods of southern Maine. Pete also serves on the Planning Board of his town, and is always interested in finding ways to represent the great people of Maine.