Vida Dutton Scudder: A Voice from the Past Speaks to the Present 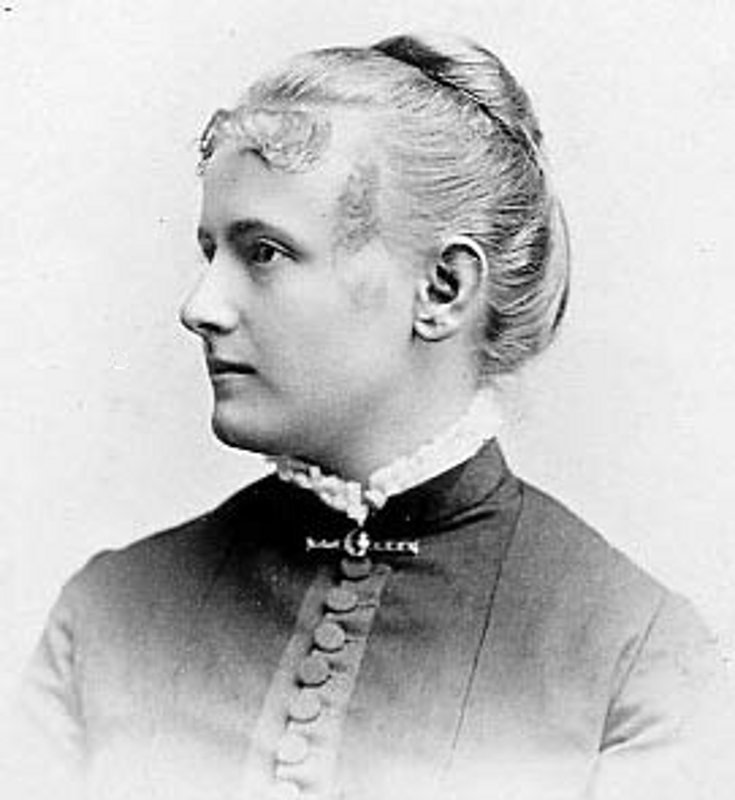 Editor's Note: On October 10th, the Episcopal Church celebrated the Feast Day of Vida Dutton Scudder, who historian Gary Scott Smith concluded was the principal female leader of the Church during the early 20th century. Scudder was also a committed socialist: she was active in the Socialist Party of America, a supporter of striking textile workers, and an activist for women’s suffrage. Her view of the Gospel message was unequivocal: “Woe is proclaimed to rich people. Possessions are described as subject to theft and corruption . . . We are distinctly bidden not to seek or accumulate them and are told it is all but impossible for a rich man to enter that social utopia, the Kingdom of heaven.”

Fulfilling Jesus’ mandate could not be achieved by mere charity, Scudder insisted, saying that philanthropy is “a sedative to the public conscience.” Fundraising efforts only “squeezed a little more reluctant money from comfortable classes, who groaned and gave but changed not one iota.” Instead, she worked for a full restructuring of society around socialist principles.

To commemorate her feast day, Religious Socialism republishes “Vida Scudder: A Voice from the Past Speaks to the Present,” a 2009 profile of Scudder by Norm Faramelli, an Episcopal priest and longtime Religion and Socialism activist within DSA:

Vida Dutton Scudder, (1861-1954 ) was born in India and educated in Europe. During her studies, she encountered John Ruskin, whose emerging consciousness of widespread poverty, helped Scudder to challenge her privileged station in life. She gravitated to Fabian socialism but soon after became appreciative of the work of Karl Marx, especially on class struggle and economic justice. In fact, she described herself as “a class-conscious, revolutionary socialist”. Vida Scudder, however, was also deeply immersed in the sacramental and mystical traditions of Anglo-Catholicism and was a communicant at St. Stephen’s Episcopal Church in the South End of Boston. Throughout her life she maintained strong positions on both socialist idealism and sacramental life in a religious community, even though she never resolved the tensions between them. Scudder spent over 40 years as a professor of English literature at Wellesley College, where she explored the social visions of English writers and poets, and also offered some courses related to political economy that excited the students, but displeased the administration.

During her life, she supported many radical causes, including the “Bread and Roses” strike (under the leadership of the I. W. W.) in Lawrence, Massachusetts in 1912. She infuriated the press and many at Wellesley College when she exclaimed: “I speak for thousands besides myself when I say that I would rather never again wear a thread of woolen than know my garments had been woven at the cost of such misery as I have seen ….. in this town”.

Scudder was a prolific writer. Among her contributions in the field of English literature were The Life of the Spirit in the Modern English Poets (1895) and her best literary work, The Social Ideals in English Letters (1898). Her major work on religious socialism was Socialism and Character (1912), and reflections in her autobiography On Journey (1937). She also wrote Social Teachings of the Christian Year (1918) where she emphasized the social teachings of Jesus in the spirit of the Social Gospel.

Vida Scudder was convinced that Socialism and Christianity went together hand in glove. During her life she was influenced by two towering figures of the 20th century- Walter Rauschenbusch and Reinhold Niebuhr. Although she was closely aligned with the Social Gospel motifs as articulated in Rauschenbusch , she criticized him on two counts (a) for his refusal to join any socialist party because he could not find the ideal party to meet his standards, and (b) for his anti-Catholicism , which she thought was a barrier for many to receiving his Social Gospel message.

Vida Scudder believed that Niebuhr had rightly objected to the optimism of the Social Gospel movement but she thought that Niebuhr had no concept of the vital role of religious institutions, other than as sociological phenomena. She was, however, a member of Niebuhr’s Fellowship of Christian Socialists and was disappointed to see Niebuhr and others move away from socialism

Given her historical setting, there are things to criticize in her work. For example, like many adherents of the Social Gospel, she did little work on combating racial injustice or facing the realities of race and racism. This was true despite her effective work in settlement house movement. In addition, her enthusiasm for Marx and the Russian Revolution made her slow to see the brutalities of the communist regime, but eventually she did. In her autobiography (1937), she commented “as coercion and cruelty were continuously impounded as means to reach justice and brotherhood, uncritical enthusiasm waned (helped by Franciscans studies), I became increasingly convinced that no revolution would bring ultimate salvation unless it proceeded from a Christian conception of man”. Lastly, Scudder never came to grips with the inherent conflicts between Marxism and Christianity.

Then why is Vida Scudder important and why should we care about her today? Let me offer several reasons:

(1) Both religion and socialism need to have an institutional grounding. For her, the religious roots were in Anglo Catholicsm- as practiced in the Episcopal Church- but she was open to Roman Catholicism and its sacramental heritage, joined a Quaker peace group (Wider Quaker Fellowship) formed by Rufus Jones, and was also influenced by the Bhagavad Gita. (Scudder displayed some sound ecumenical and interfaith instincts.) Although she was attracted to the mystical tradition, Scudder always believed that it had to be rooted in a religious institution. She would have frowned on the contemporary separation of spirituality from religion. Similarly, although there is no perfect socialist organization (as she told Rauschenbusch), it is imperative that we be engaged in the political and economic struggles with others in socialist organizations. We cannot be theoretical socialists only. Scudder provides a good rationale for why our Religious Socialism efforts should be related to a group like the Democratic Socialists of America.

(2) Although the Marxists visualized the eventual withering away of the state, it was clear that the Russian experiment was highly centralized .Scudder recognized the problems with the concentration of centralized power and saw the need for a democratic and more decentralized socialism –in fact, a democratic Marxism. She realized that “without intricate safeguards and guarantees, the control of resources by government might mean a worse menace to liberty than any riot of individualistic anarchy”.

(3) Scudder deplored socialist visions that dealt solely with improving material conditions. For her, a socialist vision has to deal with the spiritual nature of humanity—with all aspects of life-- and not just with material well being. In this regard, she was aligned with the tradition of the Christian Socialists in England (although she envisioned class struggle in a way they did not). Scudder provides many insights into why religious socialism, scoffed at by Marx and Engels as sprinkling holy water on the “heart burns of the aristocrats”, needs to be both religious and socialist, even if there are, at times, tensions between them.

At a time when we remember Walter Rauschenbusch and the Social Gospel movement, we also need to consider the life and work of a vivacious, contemplative and activist woman who can still speak to us today with vision and power.

(In addition to the primary sources by Scudder noted above, I would refer the reader to the work of Gary Dorrien in The Making of American Liberal Theology: Idealism, Realism and Modernity 1900-1950 (2003)—pages 128-148- which contain excellent insights into the life, work and historical context of Vida Scudder. See also John Cort, Christian Socialism: An Informal History (1988), pages 262-265. Excerpts from Scudder’s writings can be found in “The Christian Revolution: Vida Dutton Scudder”--www.anglocatholicsocialism.org/chrrev.html.)

From the 2009 article: Norm Faramelli is a member of the Religious Socialism Commission and teaches social ethics at Boston University School of Theology and the Episcopal Divinity School