What Religious Socialists Have Brought To Socialism 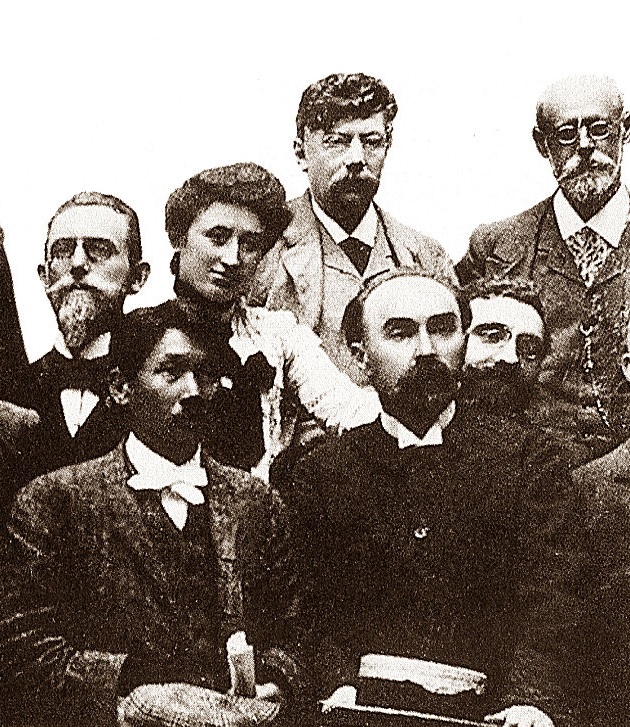 Adapted from a presentation at the launch event for Social Democracy in the Making: Political and Religious Roots of European Socialism by Gary Dorrien, eminent social ethicist, long-time member of DSA, and friend of this blog. Video of the event is available here.

More Americans today than in many years are asking: “What does it mean to be a democratic socialist? What would it mean for me to be one?” Gary Dorrien’s new book is a response to such questions. It is a big book, telling the stories of British and German socialist movements and thinkers in the late nineteenth and early twentieth centuries, but its core idea is simple: socialism’s rich intellectual diversity has been impoverished, its range and depth of thought diminished. Although secular and religious socialisms developed in dialog with one another, one half of that dialog—the religious socialist half—is largely absent from the awareness of socialists today. Dorrien’s book is an ambitious effort to recover lost legacies and alternative possibilities for today’s democratic socialists, in particular to restore religious socialism’s place within socialist conversations.

The Christian socialists whom Dorrien examines made distinctive contributions to socialist thought. Here is a cluster of four related themes that reappear often in their thinking. (It is an interesting question to what extent the characteristic concerns of Christian socialists have been shared by religious socialists more broadly. Nevertheless, in keeping with the historical specificity of Dorrien’s book, I will mostly refer here to Christian socialists.)

Second, Christian socialists have offered a moral critique of capitalism. They have argued that the economic inequality generated by capitalism is a problem because it impedes authentic experiences of community. The moral core of socialism, they have proposed, is an aspiration toward fellowship.

Third, that idea of fellowship has often led Christian socialists—especially in the British tradition—to embrace values like participation and cooperation. Seeking something more comprehensible and human-scaled than the modern state, Christian socialists have been among the most committed advocates of “guild socialism” and other ideas for decentralized economic democracy.

Fourth, Christian socialists have attended to the problem of hope. They have recognized a need for something more sustaining than what Dorrien calls a “bare moral ideal,” a simple statement of values. Once I commit myself to values like fellowship and democratic community, how can I be sustained in such a commitment? Christian socialists have wrestled with that question openly and earnestly.

None of these themes have been the exclusive concern of Christian (or other religious) socialists. But it is probably not a coincidence that religious socialists have been among the most consistent voices for these concerns.

Alongside their commonalities, the British and German Christian socialist traditions that Dorrien examines—mostly Anglican and mostly Lutheran, respectively—have revealed distinct sensibilities. Dorrien makes clear that although these differences are partly the product of political institutions, they have theological roots as well.

Anglican socialists (especially Anglo-Catholic “sacramental socialists”) have tended to see the living community of the church as the model for socialist politics because they have seen something sacred in human sociality. They have seen egalitarian community—like the community of baptism or of the Eucharist—as the proper site for a human relationship with the divine, and have also believed that the human encounter with the divine impels us toward egalitarian community. For Anglican socialists, fellowship is both our duty and our joy. Thus for many Anglican socialists, the problem with capitalism is in no small part that it imposes ugliness on the lives of the poor, that it impedes genuinely public or shared experiences of beauty.

The great German socialist theologians, in contrast, offered radical critiques of existing churchly communities. They saw socialism not as an idea that flows from the life of the church but as one of the extra-ecclesial positions (the Bible itself being another) from which a critique of church life can be lobbed. Reading Dorrien’s account of the German Christian socialists, one sympathizes with their rage at the tepid faith of the everyday church, but one mourns their lack of delight in living forms of community and, thus, their inconsistent appreciation for decentralization and participation.

Whatever they may have missed, the German Christian socialists never forgot that politics always remains tough and unloving. Too often, the Anglican socialists turned away from political conflict, retreating into valuable but insufficient projects of education, service, and moral witness. Too often, they expected that a socialist movement could enact a beloved community. Their German counterparts—steeped as they were in the theologies of Martin Luther and St. Augustine—warned that politics, even socialist politics, is too worldly to do more than prepare the way for the in-breaking of a beloved community. Politics, their theological tradition teaches, can ready us for grace, but it can never itself be a means of grace.

Dorrien refuses to offer his readers a synthesis of the British Christian socialists’ love of fellowship and the German Christian socialists’ realism about the limits of political life, let alone a synthesis of secular and religious socialisms. Instead, he places these traditions of thought side by side, allowing both their gaps and their overlaps to emerge. Dorrien invites his readers to simply sit with the tensions among the ideas whose stories he tells. In the end, this invitation may be the wisest feature of this wise and timely book.

(Image: Participants at the 1904 Congress of the Socialist International, via wikimedia.org.)