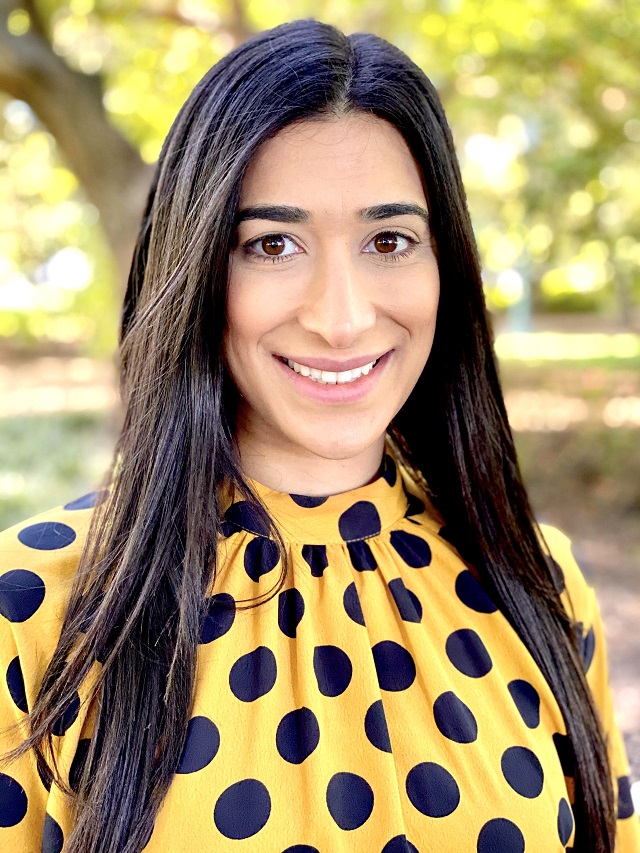 Believe it or not, election night in November 2016 gave Hebah Kassem hope for progressive political change in our country.

Of course, that was the night Donald Trump was elected president, even carrying Kassem’s home state of Michigan in the process. But the results were not all tragic. Kassem had spent the previous months working as the field director for the campaign of her friend Abdullah Hammoud to represent their hometown of Dearborn in the state legislature. Hammoud won, becoming the first Arab-American and first Muslim to represent Dearborn. A young, progressive voice was headed to the Michigan Statehouse, and Kassem had a lot to do with it.

Hammoud’s victory showed Kassem that she was ready to do advocacy work full-time. Trump’s victory showed her that she was needed. “That is when things came together for me: there was a real progressive movement starting and there was real injustice that needed to be confronted,” she says. “And I realized my beliefs made the work a natural for me.”

Those beliefs were shaped growing up in a Muslim household in Dearborn before heading off to the University of Michigan and then to earn a Masters in Public Health at the University of Illinois at Chicago. “Respecting and pushing for human rights is just second nature to me, and I did not understand until recently how much my religion shaped that,” she says. “We were not a super-religious family, but we were always taught at home and at Islamic school that the foundation of Islam is an obligation to ensure that everyone’s basic needs are met.”

After Hammoud’s campaign, Kassem went to work for other progressive candidates and organized communities of color to advocate for racial and health equity. In 2018, she and her entire family proudly cast their votes for Rashida Tlaib to represent them in Congress. Kassem now works in Washington, D.C. as well, advocating for Medicare for All and other progressive legislation.

Like Rep. Tlaib, Kassem joined the Democratic Socialists of America, embracing a long legacy of Islamic commitment to equality before God and a right for all to access life’s necessities. A group of young DSA members recently convened the group’s first-ever Muslim Caucus. As an example of the relationship between Islam and socialism, they point to one of the faith’s five pillars, zakat, which goes beyond charity to require Muslims of means to contribute a significant share of their wealth to those in need.

Zakat is often compared to a tax, but in some ways is more just than the current U.S. tax system: surplus possessions as well as income are included in the zakat calculation. Tax shelters do not hide wealth from Allah.  Another reliable American strategy for increasing wealth disparity, charging interest on loans, is prohibited for Muslims. “In Islam, you can own private property or a business, but if you are accumulating wealth while those around you are poor and hungry, that is definitely haram (prohibited),” Kassem says.

Dating back to the state of Medina founded by the Prophet Muhammad, these mandates served as the foundation of Muslim welfare states. The Prophet’s companion Abu Dharr al-Ghafari pushed for a redistribution of wealth, and the first caliphate Abu Bakr instituted a guaranteed minimum income. Islamic law holds that natural resources like water be held in community, not in private hands.

These principles have led observers like Anglican priest Giles Fraser to conclude, “For those of us who believe that socialism requires a religious underpinning in order to flourish, Islam feels like the future of anti-capitalism.”

For Kassem, the most pressing priority dictated by her faith and her values is addressing the shocking health disparities in this country. “Everything starts with health,” she says. This is no new mission for her: Kassem is not only trained in public health, she has long advocated for improved treatment access for persons of color, including migrant farmworkers. She has a deep appreciation for the sprawling network of Muslim-led free health clinics across the U.S.

But such charity has not prevented the COVID-19 pandemic from revealing the enormous gaps in the nation’s healthcare system. In a recent op ed column written with fellow Medicare for All supporters Alan Barber and physician Sanjeev Sriram, Kassem laid out the racial disparities in access to care, rates of chronic illness, and pandemic exposure due to disproportionate designation as essential workers forced to expose themselves to the public.

These inequities are costing people their lives. In Michigan, Kassem, Barber and Sriram point out, Black people make up 14% of the population but over 40% of the COVID-19 deaths. In Chicago, the 30% Black population makes up a shocking 70% of pandemic deaths. “We are all facing this virus together,” Kassem and colleagues wrote. “But we are not all equal in risk.”

The immediate response, Kassem says, should be passage of the Health Care Emergency Guarantee Act, sponsored by Senator Bernie Sanders and Congresswoman Pramila Jayapal. It would provide for all medically necessary services during the pandemic, at no cost. The legislation is urgently needed, Kassem says, but the fix needs to extend beyond a short-term response.

So Kassem continues her work building support for Medicare for All, especially in communities of color that make up 59% of the nation’s uninsured. As she did on election night in 2016, she dares to hope for a silver lining to emerge from a very dark cloud. Support for Medicare for All was already growing before the pandemic. As tens of millions of Americans lose their employment-based health insurance, those numbers continue to climb.

“I definitely think more people will be open to listening to the Medicare for All case now,” Kassem says. “I feel that our work lifting up the voice of the people to shape policies like this can make a difference.”

It would be a difference in the best tradition of Islam.