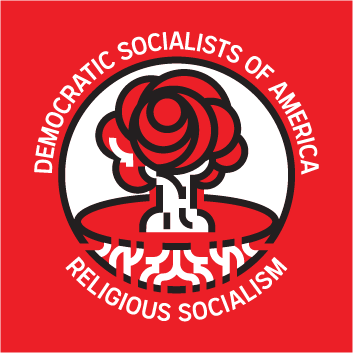 This week’s Religious Socialism post is a compilation of recent religious Left events and articles, many of them involving our own members:

Nearly 400 religious leaders have signed on as public supporters of the PRO (Protecting the Right to Organize) Act, the overhaul of federal labor law that is a top DSA priority. See our April 1 post for more on the PRO Act and faith group support.

The Bias, the publication of our comrades at the Institute for Christian Socialism, last month published an essay by our RS comrade, the legendary Gary Dorrien, adapted from his forthcoming book American Democratic Socialism: History, Politics, Religion, and Theory (Yale University Press).

Josiah Daniels, a friend of the RS Working Group, published in Sojourners, “These Christian Books Wrestle with Critical Race Theory, Identity, and Theology”.

Chris Maisano writes in Jacobin about the socialist legacy in rural U.S., including its Christian socialist connections, in “When America’s Red States Were Red.” Unfortunately, when discussing prospects for socialism in 21st century rural U.S., the piece did not highlight the opportunity created by the religious influence in red states and rural areas.

Michelle Goldberg writes in The New York Times on “The Christian Right Is in Decline, and It’s Taking America With It”:  (White evangelicals probably aren’t wrong to fear that their children are getting away from them. As their numbers have shrunk and as they’ve grown more at odds with younger Americans, said Robert P. Jones, chief executive of the Public Religion Research Institute. “That has led to this bigger sense of being under attack, a kind of visceral defensive posture, that we saw President Trump really leveraging.”)

RW Working Group member Fran Quigley published in National Catholic Reporter, “A Post-Pandemic Eviction Crisis is Looming, and Catholics Must Insist on Housing for All”