Should We Look to the Bible for Refugee Policy? 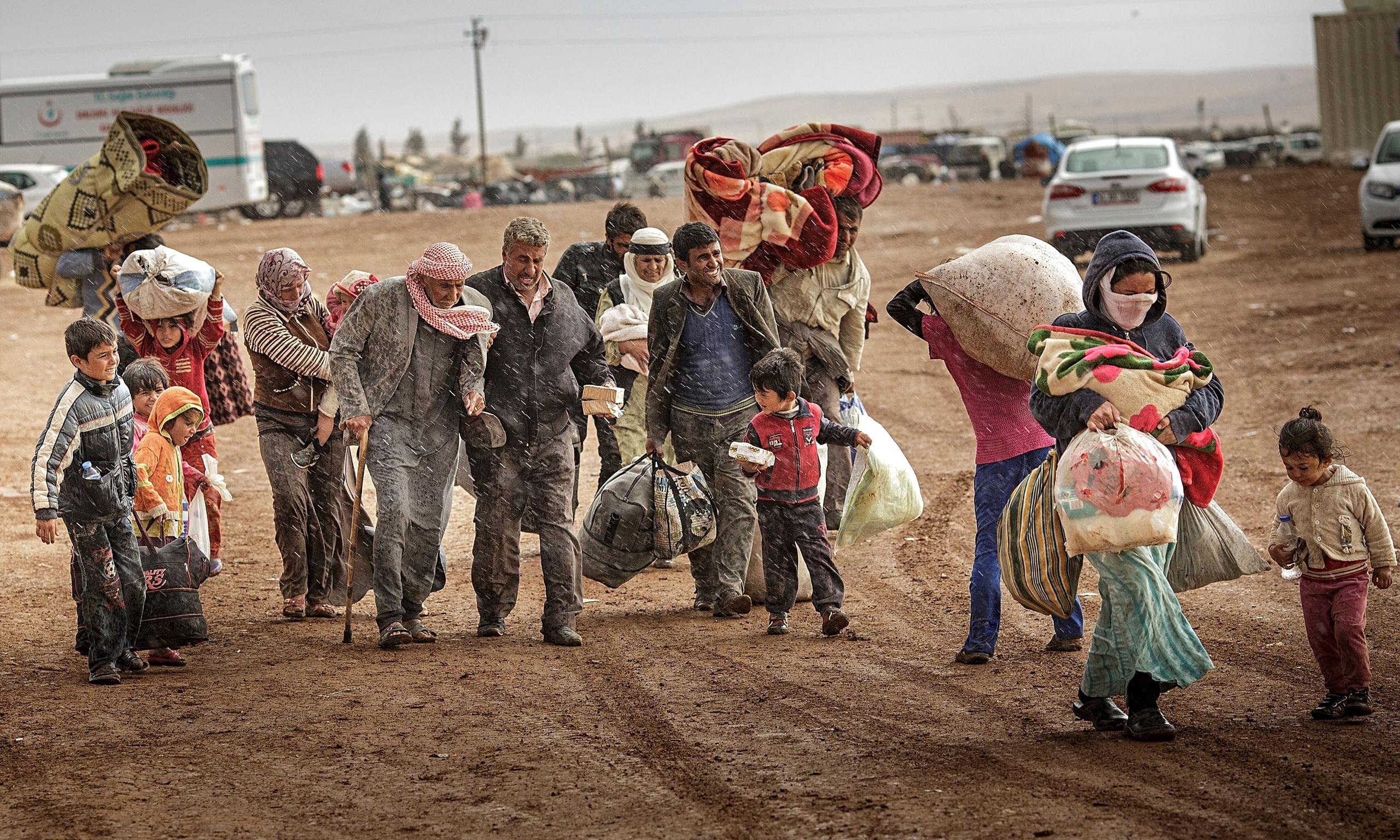 Recently, hermancain.com posted a piece by Dan Calabrese titled “What Does the Bible Really Say about Taking in Syrian Refugees?” After railing against “main stream media and other left-wingers” and their “Christian charity” proponents, he goes on to defend the ban on Syrian refugees because ISIS terrorists will “blend in” and enter the country to harm us. And, he says, the Bible is only useful for personal morality and ethics, not state policy. But using the Bible in this argument is a hazardous enterprise.

Of course, the simple answer to the question about what the Bible says about Syrian refugees is “nothing.” Still, it would be easier to find more support than not for a generous and hospitable attitude toward people who are fleeing their homes and have nowhere to go. For centuries, Christian institutions have provided a safe haven for refugees. The God of the Bible demands care for the stranger, the alien, the dispossessed, and the poor: “You shall also love the stranger, for you were strangers in the land of Egypt” (Deuteronomy 10:19). Jesus himself tells the parable of the sheep and the goats. (Matthew 25:31–46)

A completely different issue is the easy-to-argue fact that Syrian refugees are not a threat to the United States; that the vetting process is already excruciating; and that barring them from coming will result in many preventable deaths and much human suffering. No one claiming “Christian compassion” has argued for receiving refugees without vetting. The numbers speak for themselves; acts of terrorism on U.S. soil have not been committed by refugees, and not by immigrants hailing from the seven banned countries.

Without addressing the issue of Christian compassion and charity or the basic humanitarian duty to help the fellow human who is suffering, both long held Christian values, Calabrese goes straight to presenting his way out of any responsibility by quoting David French, a lawyer who has written on ISIS. French refers to Romans 13, which instructs believers to obey governing authorities. French makes a distinction between the responsibility of individuals and the responsibility of governments/states.

Neither French nor Calabrese (editor in chief of hermancain.com and described on Amazon.com, where he sells his “spiritual thrillers,” as a journalist and adult Bible study teacher) seems to have any theological or biblical studies education. The context for Paul’s writings was the first century C.E. under the Roman Empire. Paul was addressing small, fledgling Christian communities living in a precarious situation. He was encouraging them not to take any action that would be harmful to them. Paul thought that the world was coming to an end within his own lifetime and encouraged the followers of Jesus in ways to endure their situation until the end. It is not possible to directly apply the words of Paul taken from such a context to our own situation in the United States, with a modern state that is built on the very premise of citizen participation.

It is ironic, considering that the Roman Empire was seen by the early Christians as the Evil Empire, that Calabrese and French use this text to demand loyalty and trust in the government and its cruel treatment of people forced to leave their homes. And by the way, if French thinks we should be following Romans 13, he ought to advise D.J. Trump to pay his taxes, which this text specifies!

The idea that Christians should submit to their government has had disastrous results in the past, including German Christian support for Adolf Hitler’s Third Reich. The Bible is a dangerous book when it is employed to promote programs of violence or genocide. There are examples from history: the Puritan preacher Cotton Mather encouraged genocide of the Native American population (the Canaanites), based on the divine command that the Israelites exterminate the Canaanites when they conquered the Promised Land; the Boers, identifying as Israelites, applied the Biblical command not to mix with the “other people of the land,” forming a theological rationale for the later apartheid laws; the assassin of Israeli Prime Minister Yitzak Rabin justified his act by his conviction that Rabin had made a covenant with the “people of the land,” also forbidden by the Book of Deuteronomy.

Toward the end of his article, Calabrese exposes his true Islamophobic agenda when he suggests that refugees should be settled in “majority Muslim countries anyway.” By saying this, he implies that the problem he wants to protect the nation from is Muslims. In my view, there is no biblical text that justifies asking refugees what their religion is before offering them protection, but actively resisting a bigoted government that enforces such a policy can be defended on both biblical, Christian, and humanitarian grounds.

Rannfrid I. Thelle is Assistant Professor of Religion at Wichita State University.