The Herald of Justice Stoking the Flames of Hope 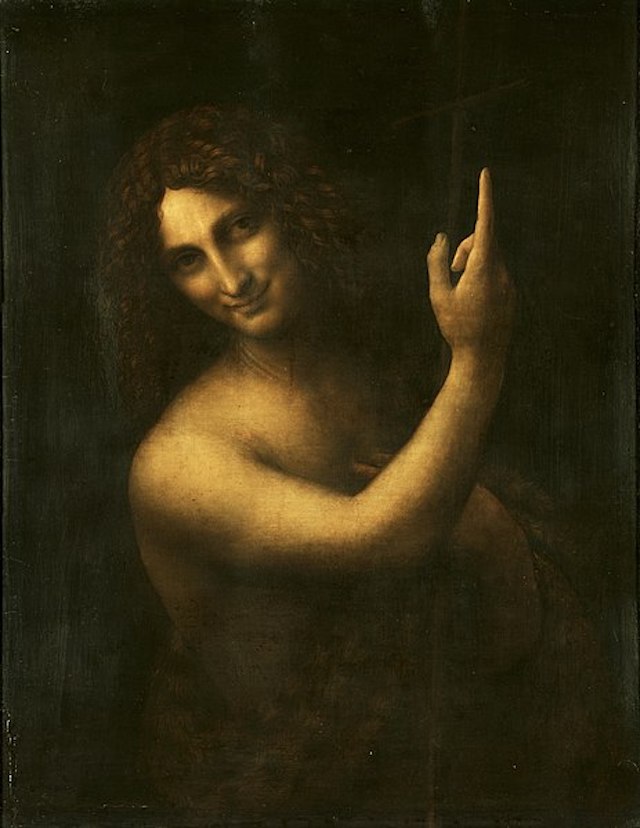 Advent, the Christian liturgical season leading up to Christmas, is  about longing: about standing in the darkness of despair while tending steadfastly to a flickering hope that earth-shattering change is possible– and faith that God can (and in some cases will) achieve it.

For Christians, this earth-shattering change is the fundamentally transformative and life-saving birth, life, death, and resurrection of Jesus Christ, God Incarnate. But even though Jesus is the direct “reason for the season,” the stories and principles of Advent are valuable to all.

The story of John the Baptist is one of the most poignant and instructive Advent stories for both religious socialists and socialist activists. He existed, like us, in the in-between: knowing that the Messiah, the kingdom of God, a better world was coming, but not knowing much about any of it. And, like us, he was called to “prepare the way” for this new world– he worked to usher it in, to smooth out its roads.

In order to usher in a radically new world against a comfortable status quo, that comfort first had to be unsettled, shaken around. And so John was unsettling, from his lifestyle to his preaching.

He ate nothing but locusts and honey (at least so the stories go) and wore camel-hair clothing. And his preaching critiqued powerful soldiers and tax collectors to their faces. When the religious leaders of his community came to him, he didn’t see that as an opportunity to claim official legitimacy or build up a wider platform for his preaching. Instead, he called them a “brood of vipers.”

The point is this: as people of radical longing, we must become comfortable with the uncomfortable. If we are to have any sort of genuine impact, we cannot allow ourselves to remain attached to the expectations and lifestyles thrust upon us by capital and its minions. It is not possible to simultaneously revolutionize the status quo and shrug complacently as it attempts to cling to and bind us.

The world that is wants us dead. It wants us to capitulate to it.

John was anything but complacent. And his preparations went beyond negativity toward the existing world: he also worked positively toward a new one. When he looked at the prophecies of old that proclaimed a coming Messiah, a world of freedom for the captive and justice for the oppressed, he did not simply wait for it to come about.

He got to work.

The crowds were excited by his fiery words of prophecy– that the Messiah was in the wings, that the Kingdom of God was at hand. And so they wanted to know what to do. How to get involved. Where to sign up. And John didn’t reply with the most revolutionary, radical suggestions. He told folks with two coats to give one to folks with none, and folks with more than enough to eat to give some to those who had none.

In other words, act as though you already live in the world of justice that is to come. Do not tolerate oppression. While we await the kingdom of God, paint an image of it with your actions. Show the world the beauty of loving justice.

These sermons weren’t mere calls to action. People came to him for advice, but the destination and the foundation of the Baptist’s career was hope. He didn’t come preaching any new prophecies. The hope for a Messiah was ancient. It had been embedded in the Jewish faith for centuries.

But a hope that passes centuries unfulfilled is bound to lose oxygen and start to flicker. I find it hard to keep hope alive across the whole of a month– this is a hope that had gone generations upon generations without fulfillment. And the flame was waning.

We, too, live in a time of dying hope. The case against justice always, always, always comes down to despair. The response to any policy of systemic change is always “that would never work,” or “the current system is the best we’re gonna get.” None of these take a real position, none of them make a real claim. They are nothing but the dribblings of despair.

And so, like the Baptist, our calling must be to stoke the fires of hope.

As people of faith, hope is one of our most distinctive gifts. If there is one thing that we share, it is an understanding that the material circumstances that face us do not need to define us. A radically different life is within reach– and we are invited to be a part of it.

Let us become a community defined by a hope that spurs radical longing. And let that longing spur action– action that we know will bear the fruit of justice. And let that longing, that action, in turn feed our hope, that it might grow larger and spread further, until it is infectiously unstoppable.

Zo Mathetis is a queer Christian passionate about housing justice, economic democracy, queer religious inclusion, and Jesus. He is currently pursuing a Master's degree in Public Policy. If you would like to get in touch with him, you can reach out to him at [email protected].