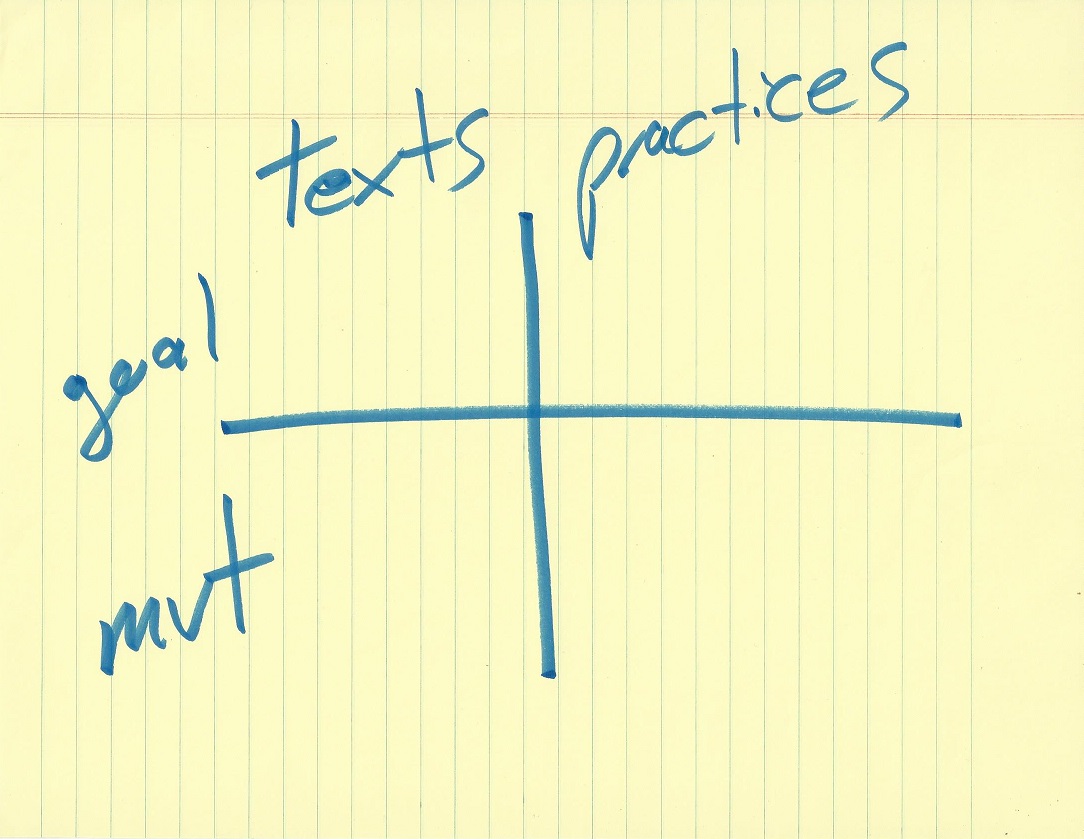 For many Americans, the most familiar kind of left-wing religion is “Matthew 25 Christianity.” In Matthew 25: 31-46, Jesus tells a story in which the “Son of Man” seated “in his glory” divides those who have fed the hungry and welcomed the stranger from those who have not, saying “Just as you did it to one of the least of these…you did it to me.” Because the Bible calls for the needs of the forsaken to be met, the argument goes, there is a Scriptural imperative for Christians to support political movements that seek social and economic justice, perhaps even socialism.

1. What aspect of religion are you linking to socialism: texts or practices?

Matthew 25 Christianity derives political ideas from a religious text. There are many other ways to link religious texts with politics, not all as simple as Matthew 25 Christianity, which draws a single imperative from a single proof-text. The Bible can be read as the source of teachings about the nature of human communities, war and peace, wealth and poverty. Much of our society’s thinking about politics—even words like “society” and “politics”—come to us from the Greeks and Romans. Biblical texts have been, especially for Americans, one of the great alternative resources for political thought.

It is not surprising, then, that attempts to link religion and politics (socialist or otherwise) by drawing on religious texts are so familiar. We may be less likely to notice that religious practices can also be richly suggestive for political life. In the Christian tradition, the thinkers who did most to explore the links between religious practices and left-wing politics were the “sacramental socialists” in the Church of England in the early twentieth century. In the Eucharist, they proposed, Christians experience a face-to-face communion among brothers and sisters that can serve as a model and inspiration for egalitarian polities.

If Anglicans have been more attentive than other Christians to the political implications of their religious practices, it may be because their tradition is defined by ritual and liturgy, by “common prayer,” more than by common doctrine. But even in religious traditions where rituals have been pared down to the point that participants scarcely acknowledge them as rituals, religious practices are still politically suggestive. What political teachings are conveyed by the unwritten rules of evangelical Bible study circles, the harmonies of congregational hymn-singing, or the attentive silence of contemplative prayer? I don’t have a ready answer, although I suspect that some less overtly ritualistic (or "low church") practices may express or elicit a sharper impatience with inequality and a greater enjoyment of difference within community than are apparent in the orderly inclusiveness of “high church” sacramentalism, while “high church” practices may celebrate public experiences of beauty in ways that “low church” practices neglect to do.

All these implicit political teachings seem to me to be worth exploring. A religious socialism that looks only to religious texts is missing half of what religious traditions can offer to radical politics. Living practices are in many ways more accessible, more available for lay criticism, than are texts translated from ancient languages. Where texts speak to the intellect and the imagination, experience speaks to experience. If religious traditions are to inform our real political lives, then it makes sense to learn from the real activities of religious communities. And that leads to my second question.

2. What aspect of socialism are you linking to religion: the goal or the movement?

Socialism is a goal, a vision: an economy serving human needs, a society of fellowship. It is also a kind of political activity: a radically democratic engagement in public life. Like Matthew 25 Christianity, many forms of religious socialism speak to the socialist vision. There are also ways for religious traditions to speak to what people on the left do, here and now. There can be a theology of public life as well as a theology of the just society.

Certainly, one's way of imagining socialist goals can be shaped by religion. The modern left’s conceptions of equality and solidarity probably owe more to Jewish and Christian sources, both texts and practices, than to any influence from ancient Greek or Roman writers. Nevertheless, we have reason to worry about a religious socialism in which religious commitment impels believers toward a specific political goal. Too often, Christian socialists influenced by social gospel or liberation theologies have believed that a socialist society is the true form of the Kingdom of God. Too often, they have been impatient in their efforts to implement that kingdom. How much tolerance can one have for the slow work of organizing and the compromises of coalition-building if one is sure that one’s efforts, if unobstructed, will build the New Jerusalem? People who orient their political lives in such a way risk allowing themselves only a conditional commitment to democracy, risk succumbing to an arrogance that closes eyes and ears and hardens hearts.

Can a religious socialism instead provide grounds for a genuinely democratic politics? In posing these questions, I have avoided declaring my own religious or political convictions. But here I want to affirm two things: first, that if any politics, religious or secular, is to be worth anyone’s loyalty, it must make room for patience, humility, and receptivity, and, second, that in our era those virtues find their political expression in democracy. It seems to me that if religious socialism is to incorporate those democratic virtues—all the more, if it is to do so in a manner more radical than the secular left generally offers—religious socialists will find it helpful to look not only to texts and goals but also to practices and movements.

(Image courtesy of the author.)